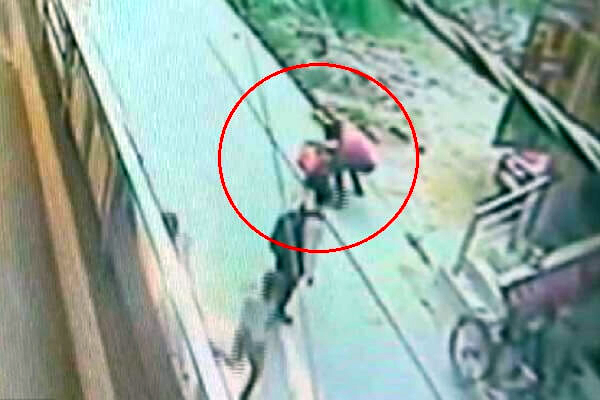 New Delhi : A 21-year-old woman was on Tuesday morning fatally stabbed as many as 22 times in broad daylight by a man who claimed to be her jilted lover, the police said.

Karuna of Burari area in north Delhi was working as a teacher at Novel Reaches School, the police said.
“The woman was stabbed in Burari area at 9 a.m. by accused Surender Singh, 34, who was known to her. No one came to her rescue,” Deputy Commissioner of Police (North) Madhur Verma told reporters.

“There were 22 stab wounds on her body,” the police officer added.

The attacker was beaten up by the public at the spot and was admitted at the Aruna Asaf Ali hospital.

The DCP said Surender Singh had been harassing the young woman for a year or so. Her family had lodged a complaint four-five months back but both families had arrived at a compromise.

Explaining the crime motive, Verma said: “Surender claimed he was having an affair with Karuna and said he was angry after he saw today (Tuesday) some pictures she sent to another boy.”

Surender’s father is a retired sub-inspector of the Delhi Police.

According to the police, Surender’s divorce case was going on. The woman was a student at his computer coaching centre.

“The crime weapon has been seized and a case is being registered on the statement of the killed woman’s cousin, who is an eyewitness,” the officer added.