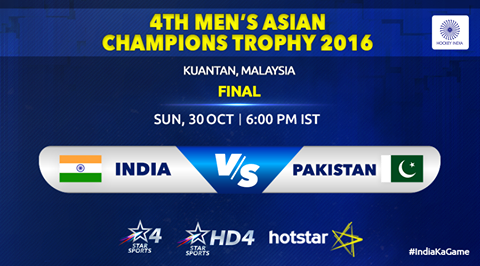 Kuantan (Malaysia), 29 Oct : India defeated South Korea in the semi-finals of the Asian Champions Trophy hockey tournament here on Saturday to set up a title clash with arch-rivals Pakistan.

The Indians held off a strong challenge from the Koreans to win 5-4 (2-2) via penalty shoot-out in the first semi-final of the day.

Rupinder also stepped up to convert the penalty stroke which was awarded to India after South Korean goalkeeper D. Hong hit the legs of Birendra Lakra with his stick during the fifth and final shootout effort.

Indian captain and goalkeeper P.R. Sreejesh, who took his place under the bar after being sidelined for two round-robin matches due to an ankle injury, stopped the fifth and final South Korean player in the penalty shoot-out, paving the way for India’s win.

The second semi-final also had to be decided by penalty shoot-out as Pakistan scripted a 2-3 (1-1) victory over gritty Malaysia.

The arch-rivals from the sub-continent will meet in the final on Sunday.

Earlier, India tried to build up the early momentum right from the push-back at the Wisma Belia Hockey Stadium by penetrating the Korean defence.

But the South Koreans stood solid against India’s probing attacks as they denied many attempts by applying sharp man-to-man marking.

Despite the various failed attempts, the Roelant Oltmans-coached side played with the same attacking strategy and soon it paid off as in the dying minutes of the first quarter.

Talwinder, who was not in his prime touch in this tournament, found some space and played a reverse hit to give India a vital 1-0 lead in the 14th minute.

Soon after conceding a goal, South Korea started counter-attacking and received their first penalty corner of the match but missed the chance for an equaliser.

In the second quarter, the South Koreans seemed much more disciplined and it paid off as a defensive error by Rupinder saw South Korea equalising in the 20th minute of the game. Inwoo slammed into the Indian net after Rupinder failed to trap the ball cleanly.

India, unlike the first quarter, tried to bring down the pace of the game. It seemed like they lost their momentum after the South Korean equaliser but soon the Indian mid-field started rotating the ball with purpose.

In the dying minutes of the second quarter, India got many chances to take the lead including a penalty corner that was denied by the South Korean custodian as both the teams went to half-time 1-1.

After the half-time, South Korea played with eight men in the circle while defending to look out for counter-attacks.

Soon the strategy paid off and they got a chance to take the lead but Rupinder denied it.

After witnessing this, India made their move and started pressing the Korean defence. In this process they got their third penalty corner but failed to convert it.

The third quarter saw India playing with the same strategy as they were playing in the first quarter but a crowded South Korean defence and predictable moves did not allow them to take the lead.

Both teams exchanged many shots and a few penalty corners in the final minutes of the quarter but failed to make the mark.

In the fourth quarter, South Korea were the first to get a penalty corner in the 53rd minute and they successfully converted it.

Yang Jihun’s goal helped them take the lead as Sreejesh was beaten by a low flick.

The drama unfolded in the last five minutes of the game as India grabbed the scoring opportunity with both hands as Sardar Singh played a move from the left by-line. He gave a pass to Ramandeep, who did not make a mistake.

The last few seconds saw both teams trying to penetrate in the circle but were unable to find the winner, taking the game to the shoot-out where India prevailed. 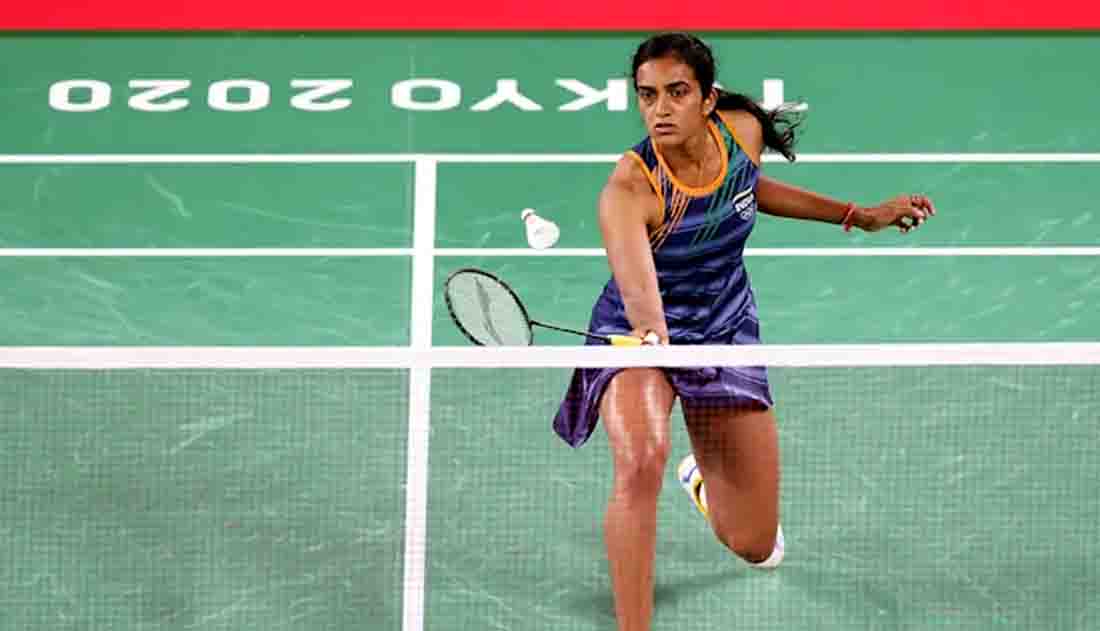 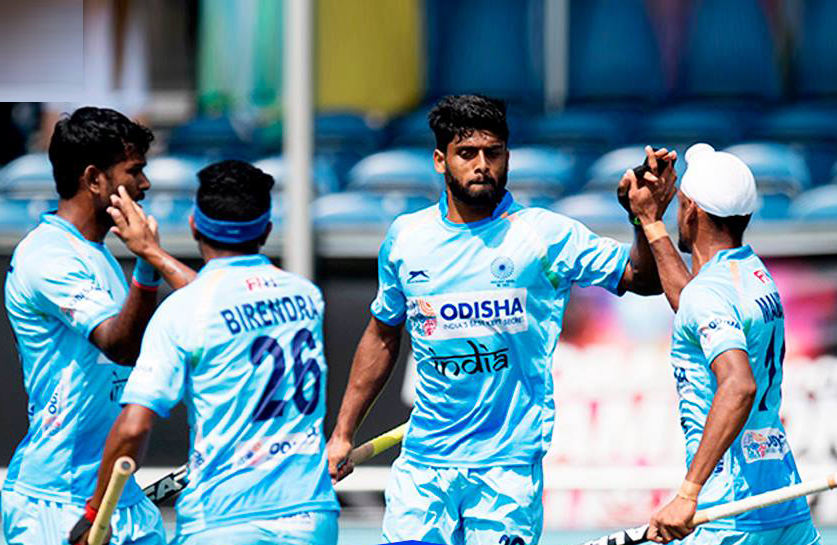 India shook off the disappointment of losing to Malaysia in the semi-finals as they got off to a flying start, with Akashdeep giving them an early lead. Lalit Upadhyay ran to the left byline before cutting it back to an unmarked Akashdeep, who put the ball in the net with a quick slap.

India built on the momentum as they made two more field goals attempts through Chinglensana Singh in the sixth minute and Mandeep Singh in the 14th minute but the Pakistan defence was alert to avoid a further lead.

The second quarter though saw Pakistan up their game and came up with strong attacking display as forwards Ajaz Ahmad, Muhammad Dilber and Abu Mahmood tested the Indian defence as they took powerful shots on goal.

They made plenty of chances in the circle and also earned the first penalty corner in the 21st minute but was well saved by India. Pakistan earned two more penalty corners in the same minute but were unsuccessful.

In the 27th minute, India strikers S.V. Sunil and Akashdeep took turns in attempting shots on goal with good stick work inside the circle but unfortunately could not convert. Akashdeep and Sardar Singh combined well for the former to cross at the right post but a diving Sunil cound’t control the ball.

The third quarter too saw Pakistan make two strong attempts on goal. First it was Ajaz Ahmad in the 34th minute but he missed the post by a small margin while in the 38th minute an Indian infringement saw Pakistan earn another penalty corner. The drag-flick, though, by the experienced Muhammad Irfan was very well-saved by runner Manpreet Singh.

Ahead only by a goal, it was a tense final quarter for India and they needed to up their attack to ensure they finished well.

Good stick work by Mandeep Singh in the circle saw him win India’s first penalty corner in the 50th minute. And young Harmanpreet made no mistake in putting the ball past Pakistani goalkeeper at the right post to give India a 2-0 lead.

Pakistan pulled one back within a minute as a counter-attack saw an unmarked Atiq receiving a fine cross from the right before sweeping it past a diving goalkeeper P.R. Sreejesh.

India quickly earned a penalty corner, thanks to Mandeep Singh but Rupinder Pal Singh’s drag-flick was off target.

Though in the dying minutes of the match Pakistan kept the ball possession for longer spell, India did everything they could to defend the lead and win.