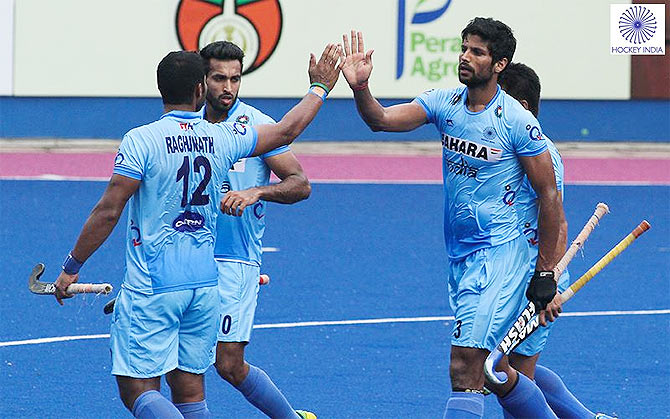 Ramandeep Singh opened the scoring floodgates in the second minute of the match. Rupinder then took over the mantle, netting in the ninth, 12th, 17th, 22nd, 46th, 47th minute.

Ramandeep scored his second goal in the 15th minute, in between the Rupinder blitz. Talwinder Singh (19) and Yousuf Affan (50) completed the scoreline.

Kenta Tanaka (23) and Hiromasa Ochiai (38) reduced the margin for Japan.

Rupinder also captained his country in the match.

India led 3-0 after the first quarter. And never looked back from then on, inflicting misery on the hapless Japanese players. They extended the lead to 7-1 at half-time.

India played without forward S.V. Sunil and midfielder Manpreet Singh, who have been ruled out of the tournament due to injury.

In another match, hosts Malaysia stunned defending champions Pakistan 4-2 in the opening match of the tournament earlier on Thursday.