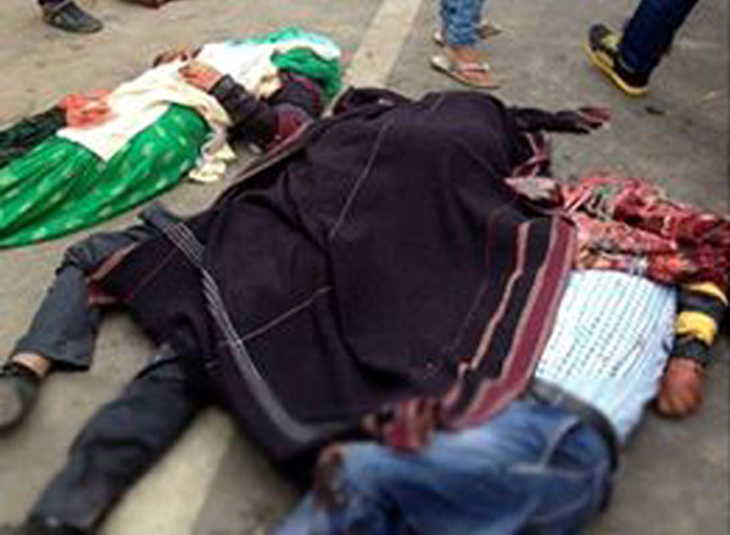 Chandigarh, 9 Dec 2016 : In a tragic accident due to dense fog, thirteen teachers were killed when the vehicle they were travelling in collided with a truck in Punjab on Friday morning, police said.

The accident took place near Chandmajri village on the Fazilka-Ferozepur highway, about 320 kms from here.

The vehicle has been completely damaged in the accident.

The victims included women teachers and a few new joinees.

Most of the victims were teachers in government schools who were travelling to their institutions for work. There were 15 teachers in the vehicle who belonged to the Fazilka and Abohar belt of southwest Punjab, a police official said.

The police said the truck driver and cleaner were absconding.