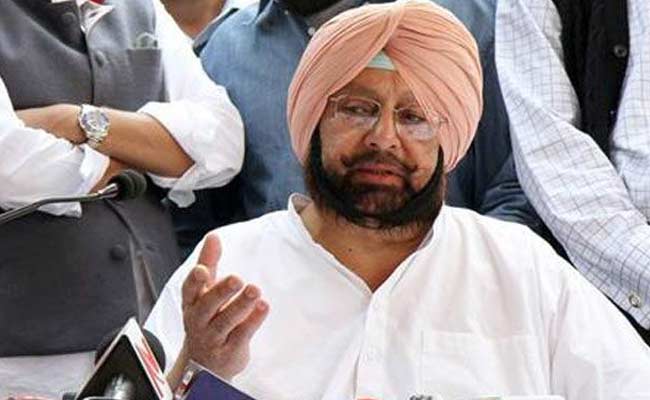 Chandigarh, 10 Nov 2016  : Punjab Congress President Amarinder Singh on Thursday resigned from the Lok Sabha in protest against the “injustice” to the state by the Supreme Court in its verdict on sharing of water from the Sutlej-Yamuna Link (SYL) canal by states including Punjab and Haryana.

All his party legislators also resigned from their assembly seats.

The Supreme Court on Thursday held as unconstitutional the state’s 2004 law intended to deny Haryana its share of the Sutlej-Yamuna water.

Amarinder Singh sent his resignation to the Lok Sabha Speaker and sought a personal meeting next week, party sources said.

The Congress legislators who resigned would meet the assembly Speaker in Chandigarh on Friday to personally hand over their resignation papers, a senior leader told IANS.

In his resignation, Amarinder Singh, who is heading the party’s campaign for the assembly elections early next year, said he had decided to quit as MP from Amritsar “as a mark of protest against the deprivation of the people of my state of the much-needed Sutlej river water”.

Describing the SYL judgment by the apex court as a “major blow to the people of Punjab,” he said in a statement that he had always fought for their legitimate right on this issue and continued to stand by them.

Blaming the ruling Akalis for bringing the people to this situation, Amarinder Singh said Chief Minister Prakash Singh Badal and his team had failed to defend Punjab’s stand in the court.

“The Akalis let down the people of Punjab on this critical issue, selling off their interests to Haryana,” he said.

Holding that the Punjab Termination of Agreement Act, 2004, was not in conformity with the provisions of the Constitution, the Supreme Court’s constitution bench of Justice Anil R. Dave, Justice Shiva Kirti Singh, Justice Pinaki Chandra Ghose, Justice Adarsh Kumar Goel and Justice Amitava Roy answered in the negative all the four questions referred to the top court in a Presidential reference.

While Justice Dave pronounced the opinion for the majority of the judges, Justice Singh, while agreeing with the majority view, gave his own observations.

At the initiative of the then Congress government headed by Amarinder Singh, the Punjab assembly had unanimously passed the law terminating all the agreements with Haryana, Rajasthan, Himachal Pradesh, Jammu and Kashmir, Chandigarh and Delhi on the sharing of Sutlej-Yamuna river water.

This act was brought to tide over the January 15, 2002 apex court judgment and decree and subsequent judgment and order of June 4, 2004.

Trump and Modi will be ‘best friends’: adviser to U.S. president-elect

Thousands take to the streets to protest Trump win