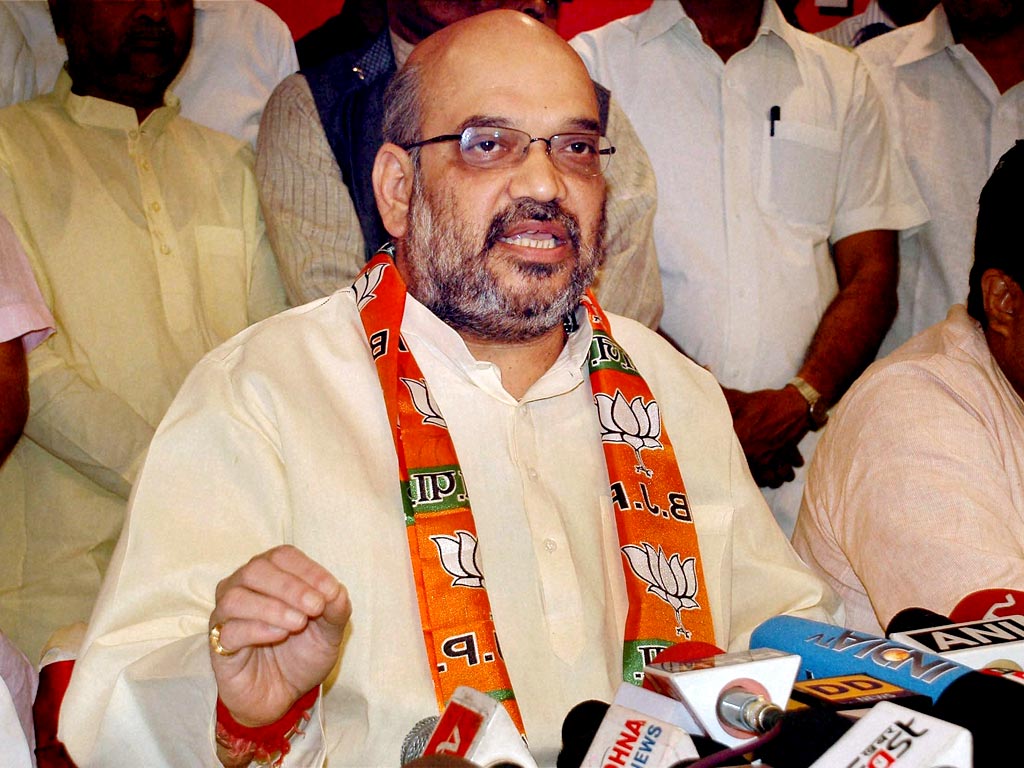 New Delhi, 6 Dec 2016 : BJP President Amit Shah on Tuesday rubbished charges of illegalities in the party’s land deals prior to the demonetisation decision and asserted that by 2016-end, the country will become free of black money.

“The opposition parties are pointing fingers at the land deals by the Bharatiya Janata Party (BJP), but these deals were authorised in January 2015 only,” said Shah speaking at the ‘Agenda Aaj Tak’ event here.

“In January 2015, we had announced to have party offices in all the districts of the country, and these land deals are in pursuance of that announcement only,” said Shah

The party purchased land across the country at 170 locations between January 2015 and November 2016, he added.

Opposition parties have alleged the BJP had prior information about demonetisation and the land deals were done to turn black money into white.

Earlier, the CPI-M in Parliament raised the issue, pointing to deposit of “huge amounts of money in banks” on November 8, ahead of Prime Minister Narendra Modi announcing in the evening the decision to demonetise Rs 500 and Rs 1,000 currency notes.

Shah asserted that the allegations of the opposition were baseless.

“The deposit of money in the bank accounts is a mere coincidence. Moreover, the opposition should try to think logically. Why we would deposit money on November 8 and raise suspicion? This is nothing but a mere coincidence,” said Shah.

Talking about demonetisation, the BJP President said it is a historic decision, and asserted that the economy will get rid of black money.

“By December 30, the country will get rid of entire black money,” Shah asserted adding that: “The black money will either come back to the system through deposits in the banks or, if people don’t deposit fearing penalty, then the money with them will become useless after December 31.

“So both ways, the black money will be eliminated from the system,” he said.

On his stinging attack against demonetisation in Parliament recently, Shah said the world reknowned economists, who long had been part of the country’s economic policy-making, should answer about India’s economic performance during the erstwhile UPA regime.

“From 1975 till 2014, Singh, in various capacities, had been part of the country’s economic policy-making. Can he answer why the GDP growth rate fell to four per cent during his reign from the 8 per cent it had achived under Atal Bihari Vajpayee, who is not an economist?

“Again a ‘chaiwala’ (Modi) is running the country and the econmy is growing at 7.6 per cent. It is for Singh to asnwer this,” said Shah who also said that “after seeing Singh, I don’t want to be an economist”.

Talking about the upcoming assembly polls in Uttar Pradesh, Shah asserted that the BJP would come to power, claiming that demonetisation has created a level playing field for all the parties.

“Because of demonetisation, now there will be no black money in the elections. It has created a level playing field for all. If any party says it is having problems, then that means the party doesn’t want black money to be removed from the system,” said Shah.

“In Uttar Pradesh, this time it will be politics of performance. Days of dynasty politics, caste politics and money politics are over,” added Shah.