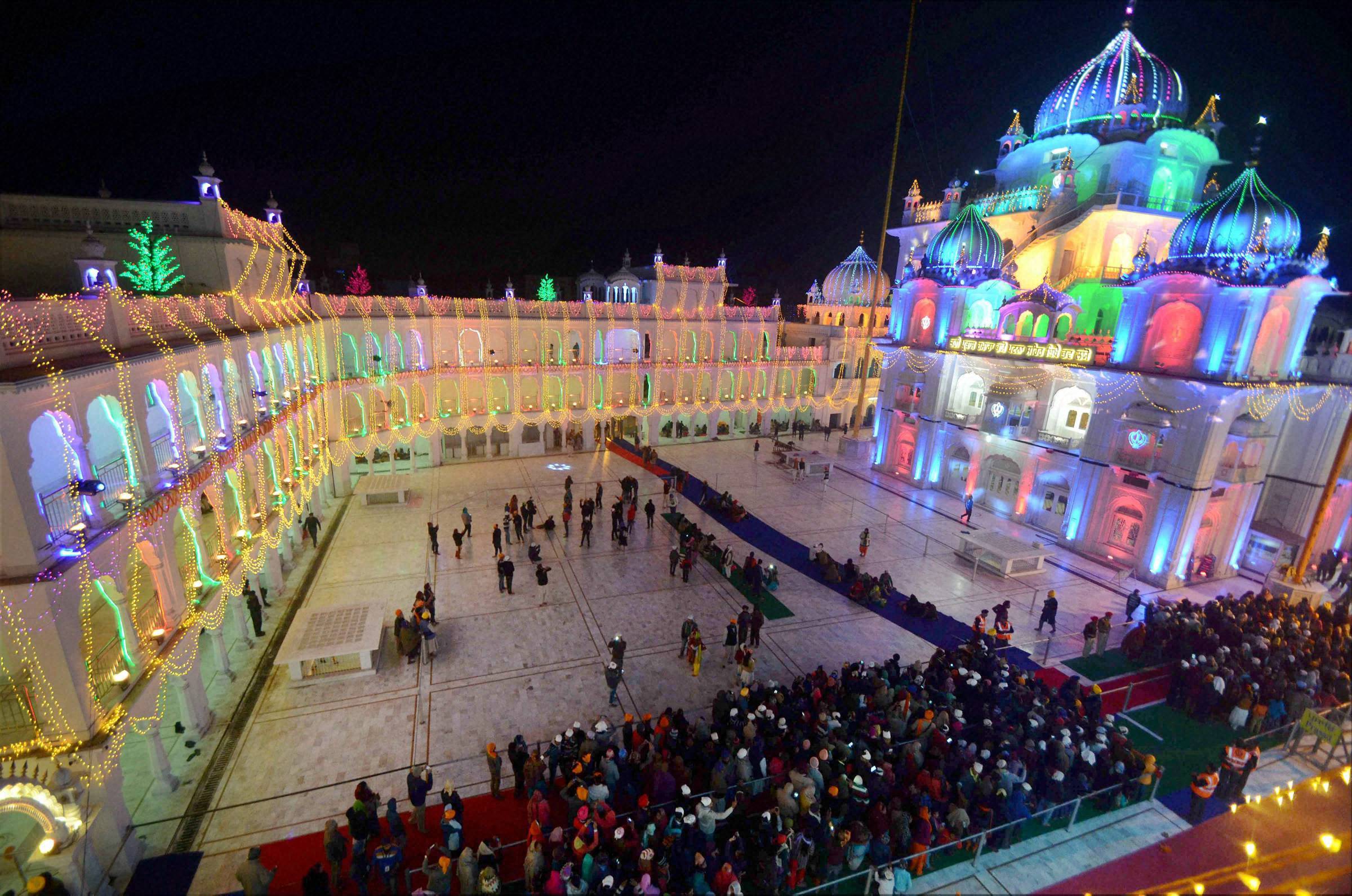 Patna, 3 Jan 2017 : Hundreds of devout Sikh NRIs have trooped in here for celebrations in connection with the 350th birth anniversary of the 10th Sikh master, Guru Gobind Singh, and are enthusiastically performing ‘seva’ or voluntary service.

These NRIs including businesswomen, doctors, lawyers, technical consultants and professionals from other fields are quite gung-ho about their selfless religious activities.

They said they were lucky to get an opportunity to participate in the religious event and do something for thousands of devotees from India and abroad who have congregated at Takht Sri Harimandir ji Patna Sahib the birthplace of Guru Gobind Singh as well as other Sikh holy places to participate in the celebrations.

The celebrations kicked off on Tuesday and will continue till January 5.

Jaipal Kaur and Kiran Kaur, both NRIs from the United Kingdom, said they were quite happy and considered themselves fortunate to serve as ‘sevadars’ or volunteers at the ‘langar’ (community kitchens) at Takht Sri Harimandir ji Patna Sahib, about 10 km from state capital Patna, during the celebration of the ‘Prakash Utsav’ or birth anniversary.

Both said hundreds of NRI Sikhs from the UK, the United States, Canada, Australia, Italy, Germany and France were enthusiastically offering voluntary services one of the core tenets of Sikhism at different ‘langars’ in ‘Guru ki Nagri’sprawled between Patna and the historic gurdwara.

The devotees have been put up in three tented cities and elsewhere.

“This is the first time I am visiting the birthplace of Guru Maharaj. I consider myself lucky to do service at the ‘langar’,” said Jaipal, a consultant with IBM in the UK.

Kiran, settled in the United Kingdom, said nearly 150 NRI Sikh women from that country were serving as ‘sevadars’ to take care of the dietary needs of the devotees.

“I am really the lucky one to get to perform ‘seva’. My life has got some meaning now,” Kiran said.

“We have taken leave from our respective offices to spend nearly two weeks here to serve the devotees,” she added.

Mandip Singh from Canada said he was serving at a ‘langar’ in the tented city near here for the last three days.

“It is a matter of immense satisfaction for me. I will continue to serve at the community kitchen till January 5.”

Surjit Singh from California pointed out that community service was an essential part of the Sikh religion.

“I can say no more than that I feel privileged to work as a ‘sevadar’ here,” Surjit said.

Makhan Singh from New York said: “It is a rare privilege to serve at the Patna Sahib gurdwara. There is no work bigger than this — to offer your services at the community kitchen here.”

Baba Maan Singh, based in Birmingham in the UK, said most NRI devotees were well aware that it was a once-in-a-lifetime opportunity.

“NRI devotees are helping with cooking, cleaning utensils, mopping floors and serving food to the devotees,” he said.

“It is a matter of pride for us that we got a chance to attend the ‘Prakash Utsav’ and work as ‘sevadars’,” London-based Omkar Singh said.

These NRI devotees were all praise for Bihar Chief Minister Nitish Kumar for making the celebrations a mega event.

“I never imagined that such amazing arrangements will be made for the celebrations in Patna and the Patna Sahib gurdwara,” US-based Gurcharan Singh said. “It is a big moment for all of us,” said Parbinder Singh, one of the members of the group. His views were echoed by another group member Baba Sukhveer Singh.

Devotees from within the country have come mainly from Punjab, Delhi, Haryana, Uttar Pradesh, Uttarakhand, Maharashtra and West Bengal.

Tight security is also in place for the safety of devotees coming from outside Bihar.

The government expects more than five lakh devotees to visit Patna for the religious event.

Earlier, the Bihar government had announced a three-day holiday during the ‘Prakash Parv’ celebrations.

Guru Gobind Singh was born on December 22, 1666, to ninth Sikh master, Guru Tegh Bahadur, and Mata Gujri. He was annointed the supreme leader of the Sikhs at the age of nine, becoming the last of the 10 living Sikh gurus.

The main function of holding special prayers and ‘kirtan’ (singing of hymns set to music) will be held on January 5, in which Prime Minister Narendra Modi, Punjab Chief Minister Parkash Singh Badal and a large number of Sikh dignitaries from India and abroad will participate.