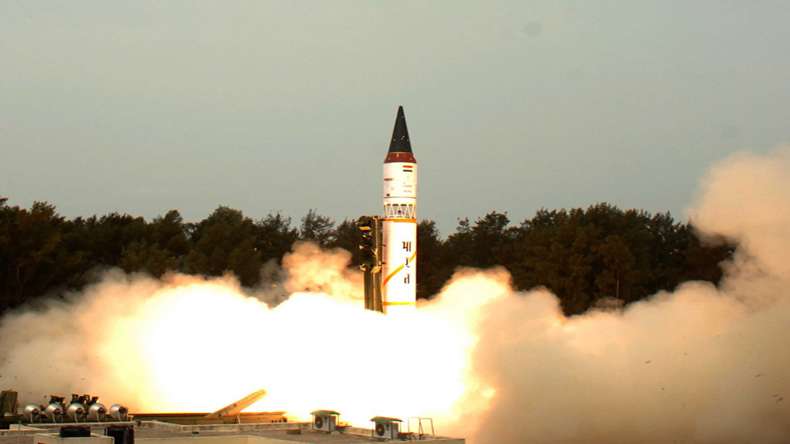 The missile was fired at about 10.10 a.m. from launch pad-4 of the Integrated Test Range (ITR) at Abdul Kalam Island near Dhamra off Odisha coast, a defence ministry official said.

The launch was part of training exercise by Strategic Forces Command of the Indian Army.

Developed by the Defence Research and Development Organisation (DRDO), the ballistic missile can hit a target 700 km away.

Agni-I is equipped with sophisticated navigation system which ensures it reaches the target with a high degree of accuracy and precision.

A successful trial of Agni-1 was conducted on March 14.