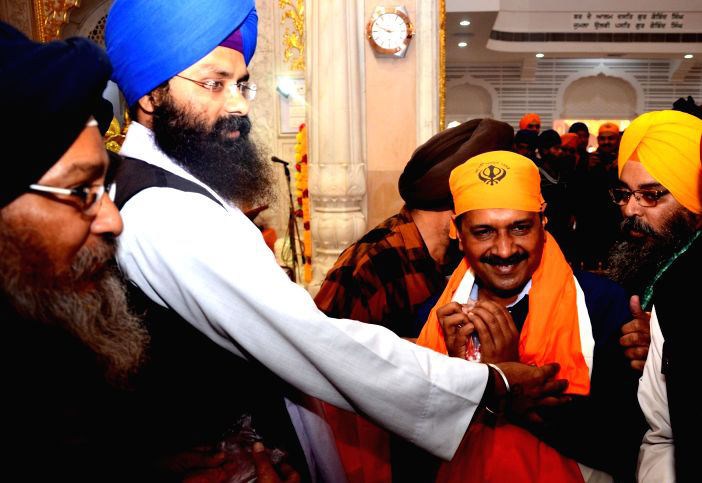 Kejriwal has become one of the first senior leaders to visit the shrine during the 350th birth anniversary of Guru Gobind Singh.

“I have visited the birthplace of Guru Gobind Singh for his blessings,” the Aam Aadmi Party leader told the media. Kejriwal drove from Patna airport to the gurdwara, located about 10
km from Patna. Former Prime Minister Manmohan Singh, Congress Vice President Rahul Gandhi and former Punjab Chief Minister Amrinder Singh are also likely to visit the shrine on January 4.

Singh was born on December 22, 1666. He was annointed the supreme leader of the Sikhs at the age of nine, becoming the last of the living Sikh gurus.