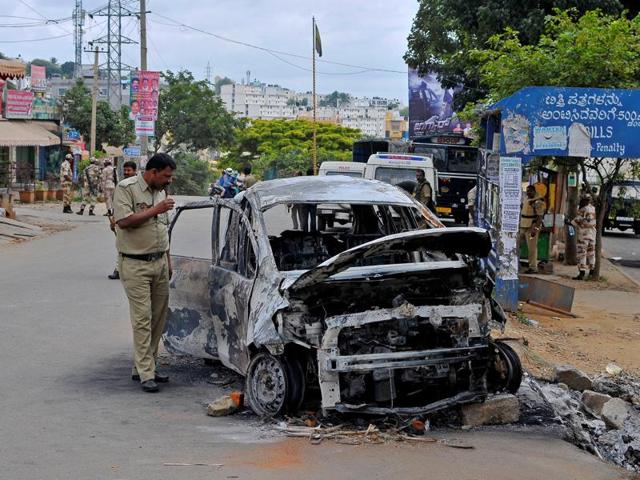 New Delhi, Sep 15 : The Supreme Court on Thursday slammed the Tamil Nadu and Karnataka governments for their failure to stop people from taking to the agitation path after its order on Cauvery river water sharing and said it hoped both states will maintain peace and respect for law.
When told about a shutdown and a ‘rail roko’ stir in Karnataka on Thursday and another bandh on Friday in Tamil Nadu, a bench of Justice Dipak Misra and Justice Uday Umesh Lalit said the shutdowns and agitations could not be allowed pursuant to the apex court orders.
Having made its displeasure known over the events that followed its September 12 order, Justice Misra said: “We hope and trust that wisdom will prevail on both the states to maintain peace, harmony, order and calm and, above all, dignity and respect for law.”
The apex court had asked the Karnataka government on September 12 to release 12,000 cusecs of Cauvery river water to Tamil Nadu daily, after modifying its earlier September 5 order for the release of 15,000 cusecs.

Man who threw acid on Delhi nurse convicted for murder