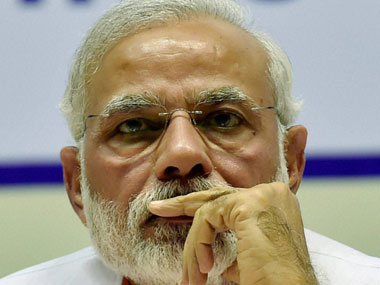 New Delhi, 09 Nov 2016 : Prime Minister Narendra Modi spoke to US President-elect Donald Trump on Wednesday and expressed the hope that India-US ties will be taken to new heights under the new presidency.

“Continuing to build on the bedrock of strong Indo-US relations. PM spoke just now to @realDonaldTrump to congratulate him on his election,” External Affairs Ministry spokesperson Vikas Swarup tweeted.

“PM conveyed his best wishes & the two leaders looked forward to working closely to take the #IndiaUS strategic partnership to a new height,” he said.

In what was seen as a surprise victory across the world, Republican Trump defeated Democrat Hillary Clinton by a wide margin to become the 45th President of the world’s oldest democracy.

India-US relations have been on an uptick no matter whether it is a Republican or a Democrat in the Oval Office starting from the times of Bill Clinton.