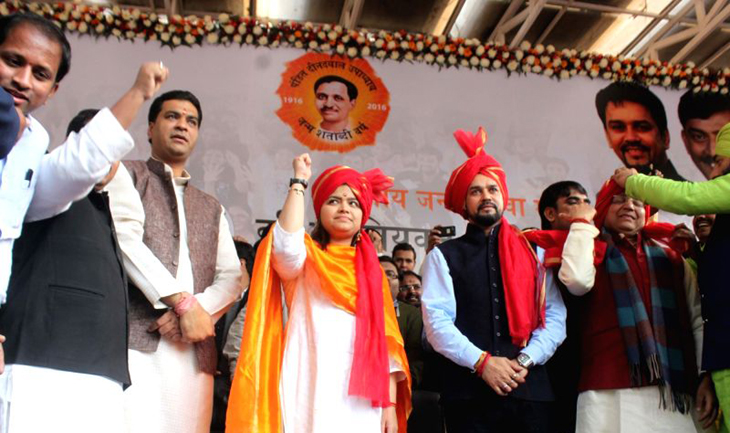 Mahajan, the daughter of late party leader Pramod Mahajan, will replace Anurag Thakur, who is also a Lok Sabha MP and BCCI chief. Thakur was appointed BJYM chief in June 2010. These appointments were announced by BJP General Secretary Arun Singh.