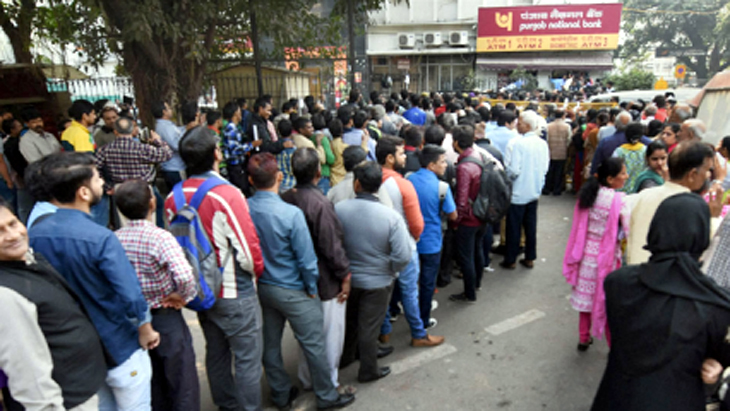 Bhopal, 14 Dec 2016  : An elderly man, standing in a queue at a bank in Madhya Pradesh’s Shivpuri district to withdraw money for his medical treatment, collapsed and died on Wednesday, police said.

Kamla Vanshkar, 65, a farmer and resident of Gudar village, came with his son Mahendra to withdraw Rs 4,000 from the bank. Suddenly he felt dizzy and collapsed. He died later.

Kamla’s son Mahendra told reporters that his father has been ill and they came to the bank to withdraw cash for his treatment.