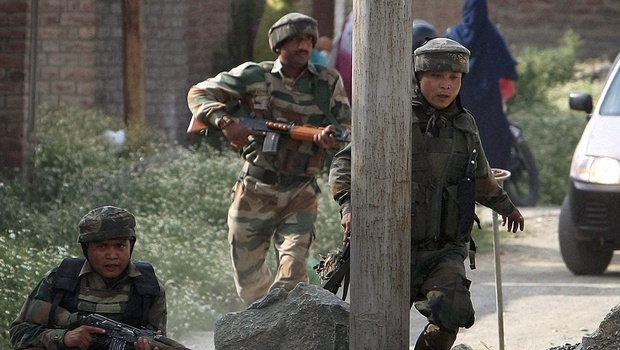 Jammu Oct 21 : Seven Pakistani troopers and a militant were killed in a retaliatory firing by Indian security forces in a clash on the International Border in Hiranagar sector of Jammu and Kashmir on Friday. “In a befitting reply to a sniper attack by Pakistan Rangers in Hiranagar sector of Jammu frontier, BSF launched an aggressive offensive. During intermittent firing, one militant and seven Rangers were shot dead,” a Border Security Force statement said.

The clash followed firing from Pakistan Rangers in which one BSF trooper was critically injured on the International Border in Hiranagar.

The clash was the latest in a series of ceasefire violations by Pakistan since the September 29 surgical strikes by the Indian Army on terror launch pads in Pakistan-administered Kashmir, officials said.

“The (Friday) ceasefire violation by Pakistan occurred at around 9.30 in the morning (in Kathua district). It was effectively retaliated by us,” an officer of the Border Security Force (BSF) told IANS.

“A BSF soldier suffered a bullet injury. He has been evacuated to the Government Medical College, Jammu. His condition is critical,” the officer said.

The injured trooper was identified as Constable Gurnam Singh.

The ceasefire violation comes a day after BSF troopers on Thursday foiled a major infiltration bid on the International Border.