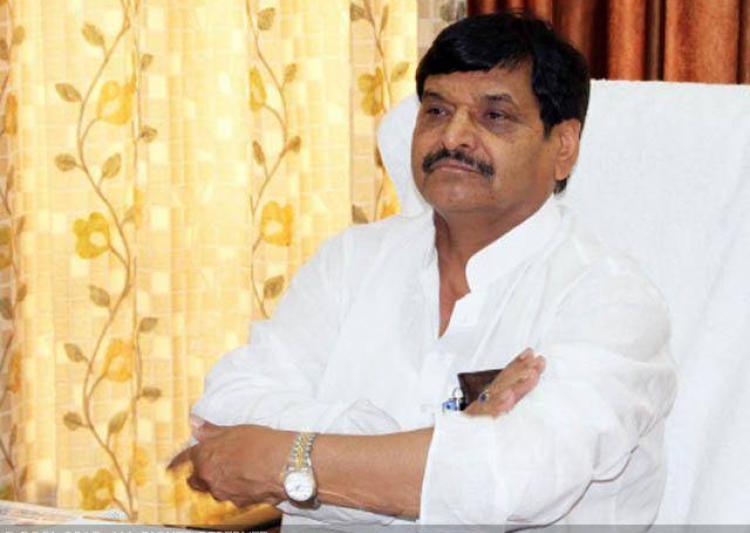 Lucknow, Oct 26 : In a signal that rapprochement is unlikely between the warring factions of the Samajwadi Party, state unit President Shivpal Yadav on Wednesday started vacating his official residence here, three days after being booted out as minister for the second time. Earlier in the morning, in an indication that he does not want to be taken back in the state government, Shivpal’s staff began removing his ministerial name plate from his official residence.

Party supremo Mulayam Singh Yadav has called his brother Shivpal to meet him.

In another development, Chief Minister Akhilesh Yadav met Governor Ram Naik, in what was later described as a courtesy call.

Shivpal, the second most senior minister in the four-and-a-half years-old Samajwadi Party government, was removed last week from the ministry for the second time in the last one month. The red beacon atop his vehicle was taken away and he surrendered his official vehicle to the state’s ‘Rajya Sampatti Vibhag’ (state property division), an aide told IANS.

The move is being seen in political circles as Shivpal’s snub to attempts by his nephew Akhilesh to broker a deal with party chief Mulayam Singh Yadav, in which he had reportedly sought revocation of Ram Gopal Yadav’s expulsion from the party in lieu of the re-entry of Shivpal and three others — Om Prakash Singh, Narad Rai and Shadab Fatima — into his cabinet.

While Mulayam had initially asked Akhilesh to reinstate the sacked ministers, the Chief Minister refused to yield to the diktat forcing the SP supremo to tell reporters that he had left the matter to Akhilesh.

Former Tourism Minister Om Prakash Singh, one of the ministers shown the door, who was sitting by the side of Mulayam during his presser on Tuesday, left in a huff when the SP chief made this statement.

In another development that all is not well between uncle and nephew, the Samajwadi Party on Wednesday expelled Minister of State for Forests Pawan Pandey for slapping a close aide of party supremo Mulayam Singh Yadav.

The announcement of the disciplinary action was taken by state party chief Shivpal Singh Yadav.

Pandey is known to be close to Akhilesh Yadav.

MLC Ashu Malik on Monday alleged that Pandey had slapped him at the Chief Minister’s residence.

Shivpal on Wednesday said that the party would not tolerate any form of indiscipline.

Shivpal however maintained that there was no difference in the party or the Yadav clan and that all was well.

“We are united and for now are preparing for the silver jubilee celebrations of the party on November 5 and thereafter for the state assembly polls,” he added.