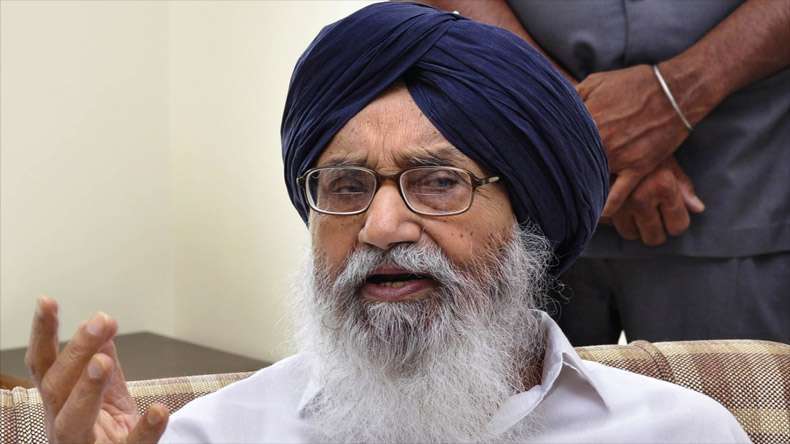 Chandigarh, 7 Dec 2016 : Punjab Chief Minister Parkash Singh Badal on Wednesday said his government will not allow holding of a ‘Sarbat Khalsa’ in the state on December 8.

Citing law and order in Punjab, Badal said: “A handful of self-styled leaders were hell-bent on holding the Sikh congregation to hatch conspiracies to derail development and peace and push the state back to turbulent times.”

“The state government cannot allow these divisive forces to hold the Sarbat Khalsa, as it could jeopardise law and order in the state. My government is committed to preserving law and order at any cost,” Badal said.

A few activists, meanwhile, hoodwinked the police and started ‘Akhand Path’ (uninterrupted recital of Sikh scriptures) at the spot on Wednesday.

Sikh organisations also approached the Punjab and Haryana High Court on Wednesday to seek directions for holding of the Sarbat Khalsa.

Various Sikh organisations and leaders have called for a ‘Sarbat Khalsa’ (grand assembly of the Sikhs) near Talwandi Sabo town in Bathinda district on Thursday.

Punjab Police has detained senior leaders and activists of various radical Sikh organisations ahead of the event. Raids were conducted to round up other radical leaders as well.

The event is slated to be held on a 13-acre agricultural land. Nearly 4,000 personnel of Punjab Police, including commandos and Rapid Action Force (RAF) personnel, have been stationed near the site to prevent holding of the event.

All routes leading to the site were on Wednesday blocked by security forces.