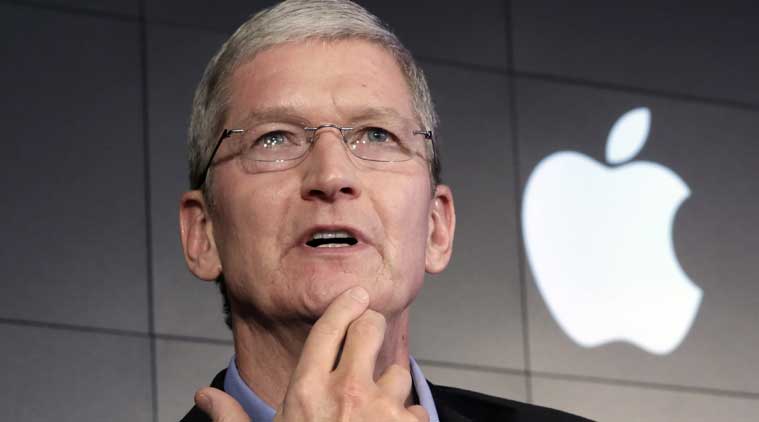 New York, 7 Jan 2017 : Hit by a slump in iPhone sales globally which led to the company missing its revenue and profit goals for 2016, tech giant Apple has cut its CEO Tim Cook’s pay for the year.

“According to a regulatory filing on Friday, Apple said its annual sales of $215.6 billion were 3.7 per cent below its target of $223.6 billion, and its operating income of $60 billion was 0.5 per cent short of the $60.3 billion target,” The Wall Street Journal reported.

Apple’s five-most senior executives also saw their total compensation fall for financial year 2016, each declining around nine per cent to about $22.8 million from $25 million in the prior year.

Their 2016 compensation included $2.8 million in salary and $20 million in restricted stock, the report noted.

Apple is now eyeing hopes on iPhone 7 which was launched in September and forthcoming versions, including an expected 10th-anniversary iPhone later in 2017, that may tilt the figures in favour of Apple in the near future.

Dhoni saved me many times from getting dropped: Kohli