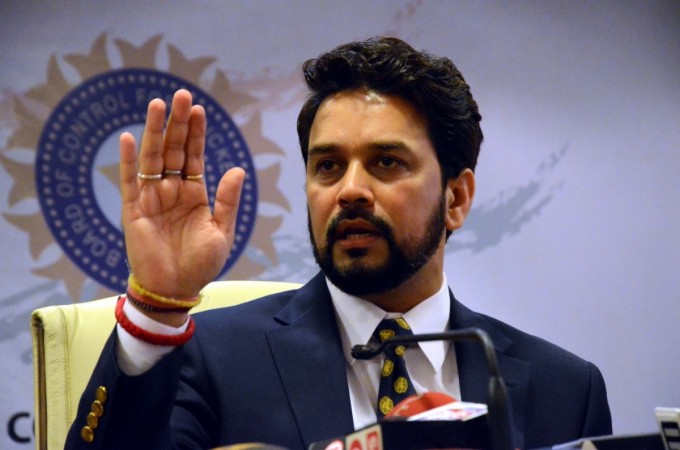 New Delhi, 15 Dec 2016 : The Supreme Court on Thursday suggested that Board of Control for Cricket in India (BCCI) chief Anurag Thakur has committed perjury by writing to the International Cricket Council (ICC) earlier in 2016 which amounted to outside interference in the cricket body.

In an affidavit filed earlier before the court on details of his talks with ICC CEO David Richardson in connection with the Lodha Committee’s recommendations, Thakur had denied asking ICC for the inclusion of a Comptroller and Auditor General (CAG) member in the newly-formed apex council of the BCCI. He had instead said that he requested ICC chief Manohar for clarification on whether the Lodha reforms were viewed as government interference in the running of the BCCI, during the ICC’s financial review meeting in Dubai on August 6-7.

Reportedly, Thakur had contacted ICC for a letter on the matter. However, as per the ICC rules a national cricket board must be free of government interference and any infringement of this could result in de-recognition of member bodies.

The amicus curiae Gopal Subramanian on Thursday told the SC bench comprising of Chief Justice of India TS Thakur that Thakur had lied on oath to the Supreme Court, having written in his affidavit that he had sought Manohar’s opinion as ICC chairman. Subramanian added that since Manohar had denied Thakur by saying that the question had been posed during an ICC meeting, the BCCI chief had tried to obstruct the reform process.

Rahul has no guts to expose Modi: Kejriwal