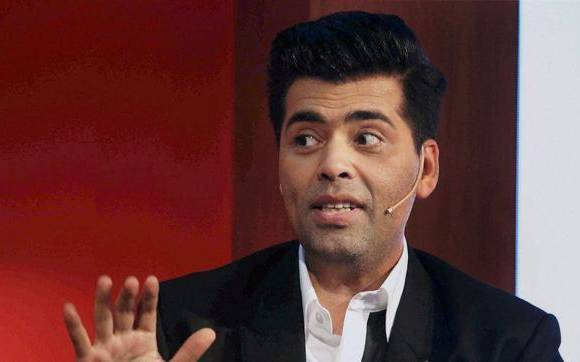 “Remained silent because of deep sense of hurt that I felt, that there are a few people who actually believe that I am being anti-national. I need to say this and I say this with strength that for me this country comes first,” Karan said. Mumbai, Oct 18 : Filmmaker Karan Johar on Tuesday expressed hurt on being labelled “anti-national” ahead of the release of his directorial “Ae Dil Hai Mushkil” (ADHM), which stars Pakistani actor Fawad Khan and said he would not engage with talent from Pakistan “in the circumstance”.

However, he also appealed that the efforts of his 300-member Indian crew must be considered before hindering the release of the love saga, which faces a vandalism threat from right-wing Hindu outfits amid heightened tensions between India and Pakistan. After a longstanding silence on the issue, Karan opened up in a video statement issued on his behalf on Tuesday.

In the video, he said: “Remained silent because of deep sense of hurt that I felt, that there are a few people who actually believe that I am being anti-national. I need to say this and I say this with strength that for me this country comes first,” Karan said.

“Nothing else matters to me but my country. I have always felt that the best way to express your patriotism is to spread love and that is all I have done through my work.”

He added: “When I shot my film ADHM in September to December the last year, the climate was completely different. The circumstances were completely different. There were efforts made by our government for the peaceful relationship between the nations and I respect those endeavours then, those efforts then and I respect the sentiment today. I understand the sentiments as I feel the same.”

“Going forward, I would like to say that I will not engage with the talent from the neighbouring country in the circumstance but with that same energy I beseech you to know one thing that over 300 Indian people in my crew have put their blood, sweat and tears into my film and I don’t think it’s fair to them to face any kind of turbulance on account of other fellow Indians.”

Karan, who spearheads Dharma Productions — one of the leading movie production banners of the Hindi film industry — said he respects the Indian Army for “everything they do to protect us and our environment”.

“I say I condemn any form of terrorism. I just hope you understand exactly the circumstance and situation that we are in and respect the fact that we love and respect our country over and above anything else,” he added.