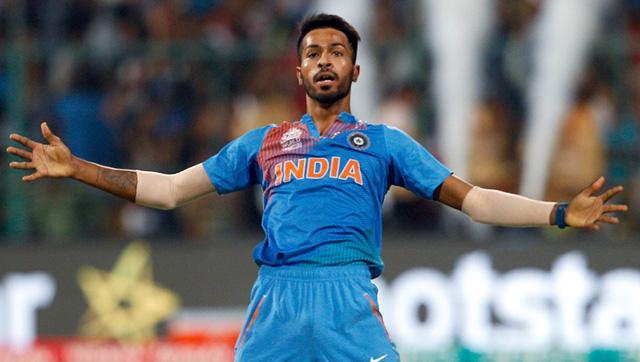 Mumbai, 02 Nov 2016 : Middle-order batsman Rohit Sharma was sidelined due to an injury while all-rounder Hardik Pandya is the lone new face in the India squad for the first two cricket Tests against England, BCCI announced on Wednesday.

Rohit sustained an injury to his upper thigh during the One-Day International (ODI) series against New Zealand while injured openers Lokesh Rahul and Shikhar Dhawan were also ruled out from the squad.

“As you know Rohit Sharma had a bad injury, he might also have to undergo surgery,” the Board of Control for Cricket in India (BCCI) chief selector M.S.K. Prasad said while announcing the team.

Seasoned opener Gautam Gambhir, who scored a fifty in the second innings of his comeback Test against New Zealand, retained his place in the Virat Kohli-led side while Delhi pacer Ishant Sharma made a comeback to the squad after being sidelined due to Chikungunya during the three-match Test series against New Zealand. Pacer Bhuvneshwar Kumar has recovered from a hamstring injury, which he suffered during the second Test against New Zealand in Kolkata, but was not picked for the squad.

Commenting on handing a maiden Test call-up to Baroda all-rounder Pandya, Prasad said: “Pandya’s pace has increased, he is moving the ball, his batsmanship has improved”.

“And he has mellowed down as a person. He is one all-rounder we thought is an equally competent bowler and batsman. And a good fielder too.”

“Rahul Dravid has worked hard on the mental side of his game. Now Anil Kumble is guiding him. We have three all-rounders — Stuart Binny, Hardik Pandya, Rishi Dhawan. In this particular series, he scores ahead of Binny. Much quicker and better bowler than Stuart. With form and fitness, Hardik is a better option,” he added.

The first of the five-match Test series will be played at Rajkot from November 9 to 13 followed by the second at Visakhapatnam from November 17 to 21.