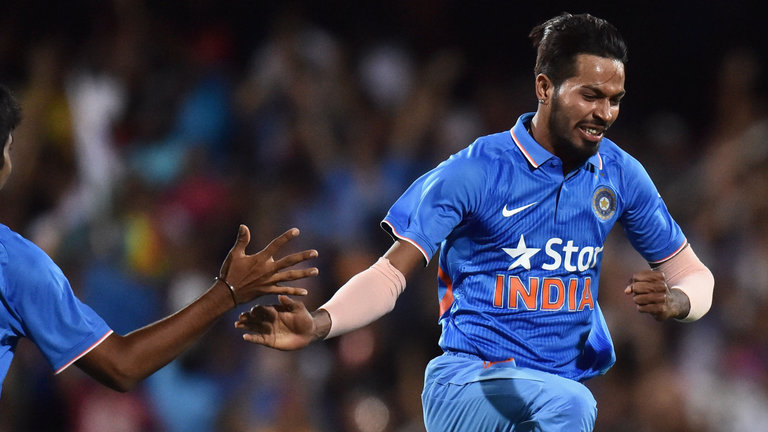 Dharamshala, 16 Oct : After sweeping the Test series against New Zealand 3-nil, India carried out their dominance over the Kiwis in the first One Day International in Dharamshala, Himachal Pradesh on Sunday by defeating the Kiwis by six wickets. Virat Kohli remained unbeated with 85 which was his 32nd fifty plus score while chasing in a day/night ODI from just 70 innings. Earlier India chose to field after winning the toss. For India, Hardik Pandya who made his ODI debut and Amit Mishra claimed three wickets each. Umesh Yadav and K.M.Jadhav equally shared the remaining four wickets.

With this win, India take 1-0 lead over New Zealand in the five match series.