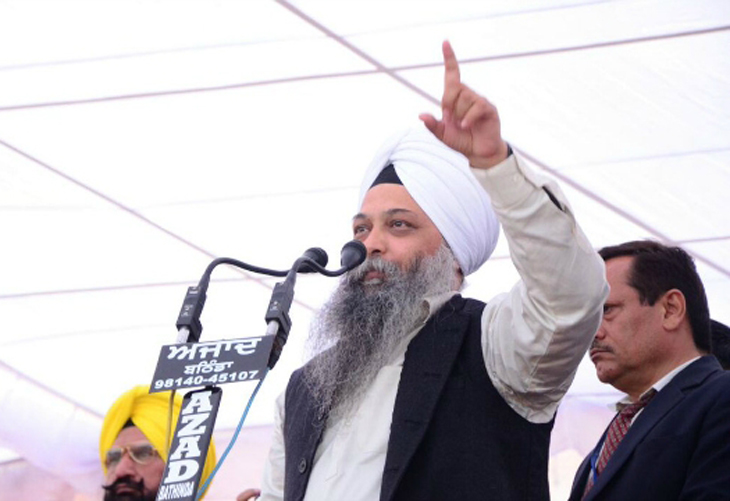 Addressing a public rally at Lambi — which is Badal’s family borough — Kejriwal claimed the Congress and Akali Dal leaders had entered a tacit understanding and were fielding weak candidates against each other’s top leaders for the assembly elections to be held early next year.

Jarnail Singh shot into limelight when he hurled a shoe at then Home Minister P. Chidambaram in New Delhi in April 2009 to protest against the clean chit given to certain Congress leaders by the Central Bureau of Investigation (CBI) in a 1984 anti-Sikh riots case.

“This time, we will not let Parkash Singh Badal, Sukhbir Singh Badal and (Congress state unit President) Amarinder Singh get a walkover in the elections. That is why we are fielding our strongest candidates against Amarinder, Badal, Sukhbir and (Revenue Minister Bikram Singh) Majithia to give them a taste of the political dust,” Kejriwal said. Kejriwal is also the AAP national convener.

“Both Amarinder and Badal not only jointly contest election to facilitate each other’s win but also share business interests in sand and gravel, transport and liquor business,” the Delhi Chief Minister added.

Addressing the gathering, Jarnail Singh — who represents Rajouri Garden seat in Delhi assembly at present — dared Badal for an open debate on development in Punjab.

Earlier, reacting to announcement of Jarnail’s name from Lambi, Punjab Congress chief Amrinder Singh said in a tweet that the move reeked of an “underhand deal” between AAP and Shiromani Akali Dal to ensure Chief Minister Badal’s victory.

Kejriwal responded by asking the Congress leader if he will fight against the Badals and Majithia or from a “safe seat”.

Sushant Could Not Stop Kissing Kiara At Salman Birthday Party