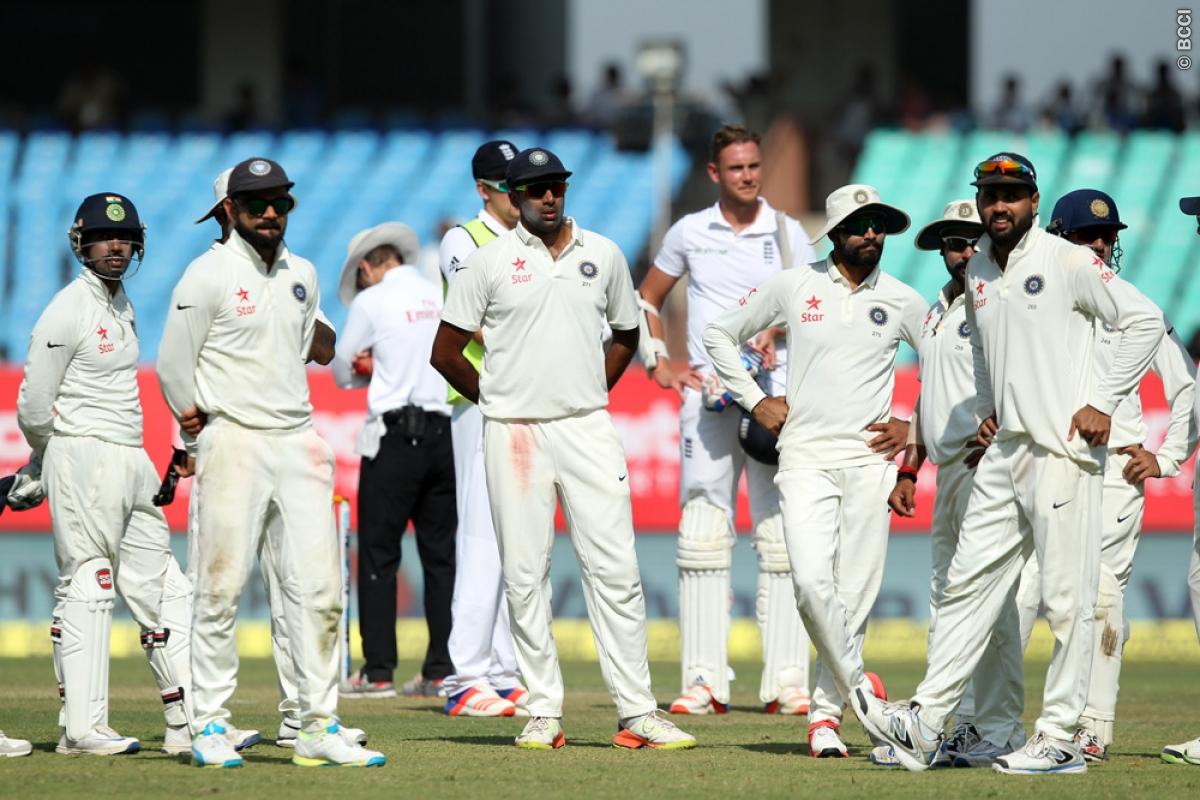 Rajkot, 10 Nov 2016 : England rode on a strong batting performance in their first innings to secure an upper hand on the second day of the first cricket Test match against India here on Thursday.

India were 63/0 at stumps in reply to England’s challenging first innings total.

Indian openers Gautam Gambhir (28 batting) and Murali Vijay (25 batting) were at the crease at the close of the day’s play at the Saurashtra Cricket Association Stadium. Both Gambhir and Vijay have hit four boundaries each.

Stokes was the highest scorer for the visitors with 128 while Root scored 124.

Ali, who was on 99 at close of play on Wednesday, completed his century before being dismissed for 117.

Jonny Bairstow missed out on what would have been a well-deserved half-century as he scored 46 runs in a 57-ball innings that included five boundaries and a couple of hits into the stands. Resuming at the overnight score of 311/4, Ali and Stokes continued to score at a decent clip, producing a 62-run partnership.

Ali, who completed his century with a single off Shami, could not last long after reaching the landmark as the pacer soon had his revenge with a superb incoming delivery that sent the off-stump tumbling.

Ali tried to leave the delivery after misjudging the bounce and had to pay the price.

Ali’s departure did nothing to contain the visitors’ scoring rate as Stokes and Bairstow added 99 runs between them to pile up the hosts’ woes.

Bairstow fell to a rash shot as he tried to hit a wide-ish ball from Shami through the off-side, but only managed to edge it to Indian wicket-keeper Wriddhiman Saha.

Although Chris Woakes and Adil Rashid were dismissed cheaply, Zafar Ansari produced a patient 83-ball 32 to bolster the England total. By the time Stokes was caught behind off Yadav’s bowling a short while before tea break, the visitors already had a challenging total on the board.

ATMs to give new currency notes from midnight: Jaitley

Trump and Modi will be ‘best friends’: adviser to U.S. president-elect