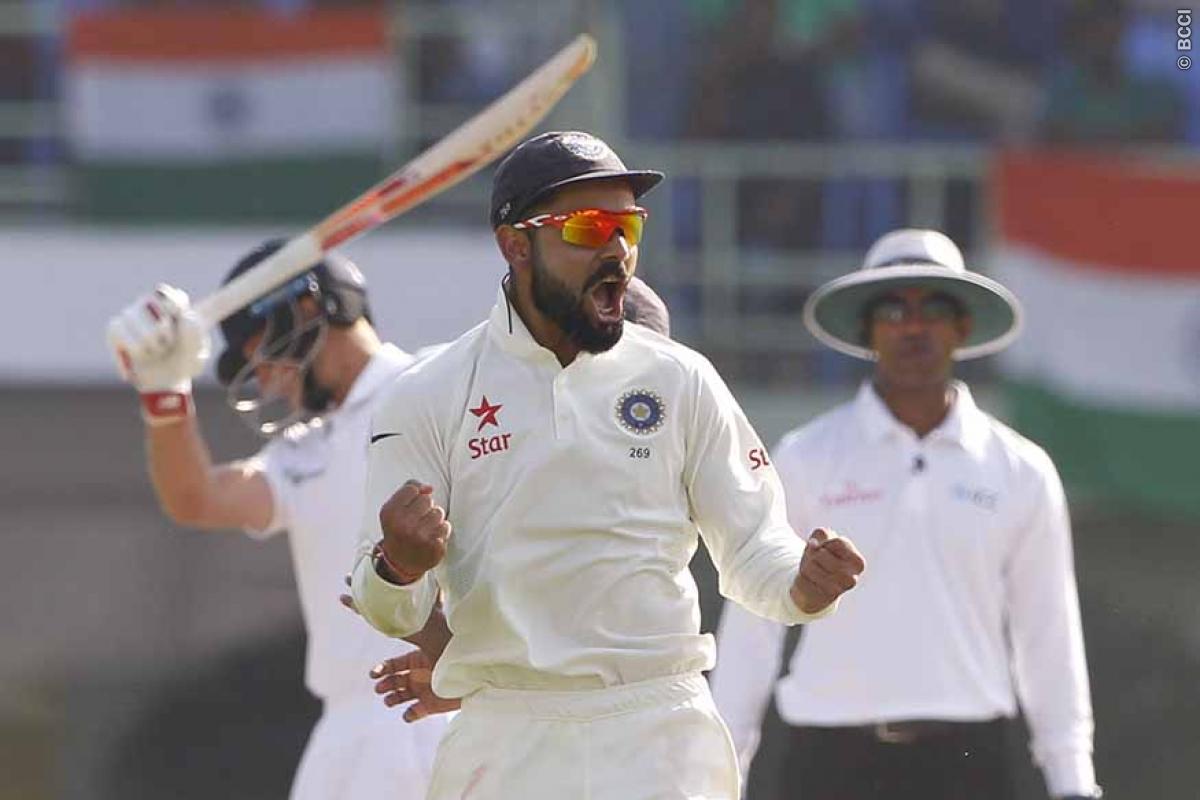 Visakhapatnam, 18 Nov 2016 : England were in deep trouble after being reduced to 103 for five in their reply to India’s 455 all out in the first innings at the end of second day’s play of the second cricket Test here on Friday. Resuming the day at 317/4, India were bowled out for 455 an hour into the second session of play at the ACA-VDCA Cricket Stadium.

Joe Root (53) offered some resistance but Indian bowling attack, spearheaded by off-spinner Ravichandran Ashwin (2-20), had the visitors on the mat.