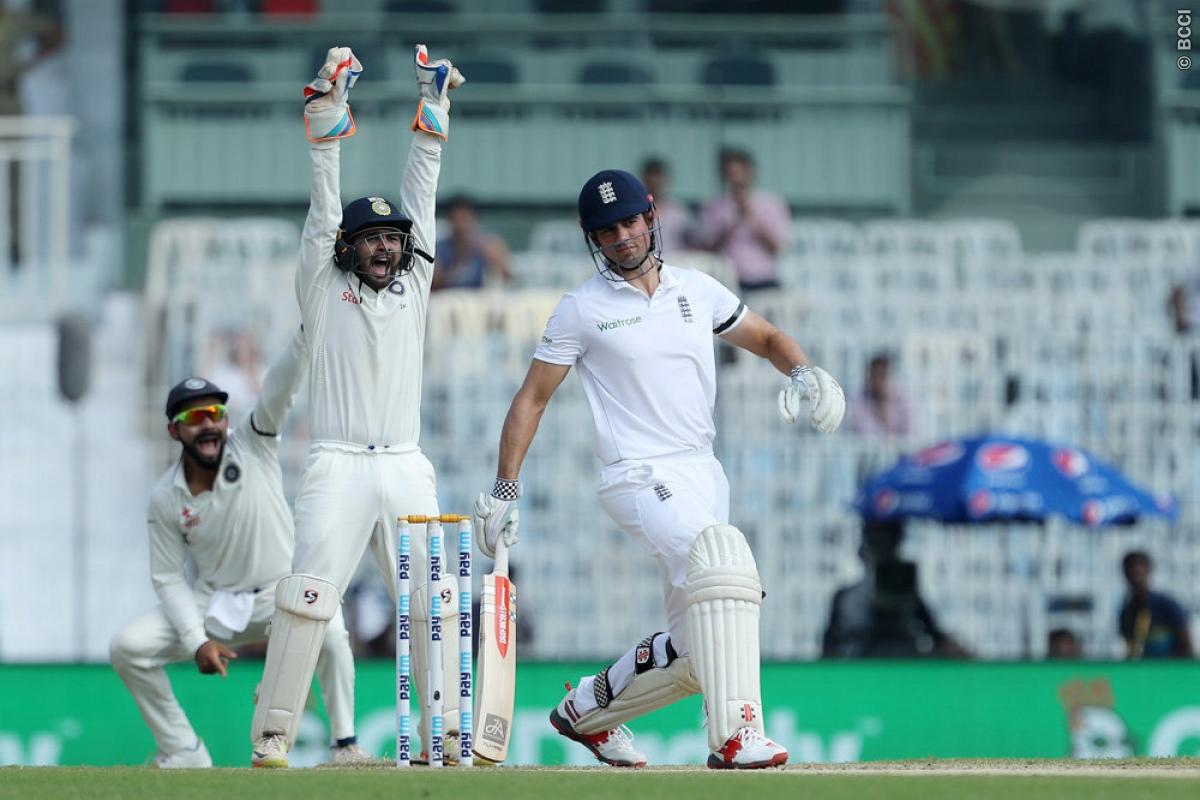 England posted 12/0 in their second innings at stumps on the penultimate day of the fifth and final cricket Test against India at the M.A. Chidambaram Stadium here on Monday.

England batted for five overs towards the end of the day’s play after India declared their first innings at a mammoth 759/7 — their highest against any opponent. For the visitors, skipper Alastair Cook (3) and Keaton Jennings (9) were at the crease when the umpires dislodged the bails for the day.