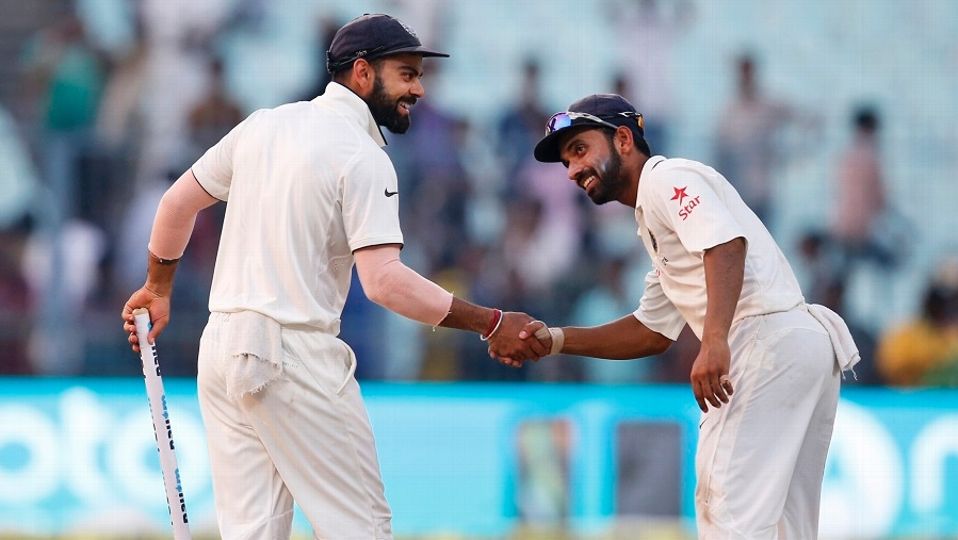 India have now stamped their authority and clinched the No. 1 International Cricket Council (ICC) Test ranking from Pakistan. Indore, Oct 11 :  The Virat Kohli-led India made a perfect Dussehra gift to the cricket-mad nation as it mauled New Zealand by 321 runs in the third and final Test at the Holkar Cricket Stadium here on Tuesday.

Completing a 3-0 clean sweep in the series, India have now stamped their authority and clinched the No. 1 International Cricket Council (ICC) Test ranking from Pakistan. They had already bagged the top spot after winning the second Test at Kolkata.

Star off-spinner Ravichandran Ashwin once again single-handedly triggered another batting collapse of the Kiwis, to return with career-best figures of 7/59 in the visitors’ second innings, bundling them out for a paltry 153 in response to the mammoth target of 475.

Ashwin, who took six wickets in the first innings of the Test, took his overall tally to 13 in the match, besides pushing a total to 27 scalps in the three Tests.

The Chennai tweaker was well assisted by left-armer Ravindra Jadeja, who took two wickets in the second innings, while pacer Umesh Yadav chipped in with one wicket.

Ashwin was adjudged both the Man of the Match and Series for his heroics with the cherry during the series.

Such was the havoc wrought by the Indian spinners that the entire New Zealand second innings were wrapped up virtually in one session. Faced with a Herculean task, the New Zealanders failed to provide any kind of resistance to the Indian spinners on a track which gradually turned slow and low as the days progressed.

Senior batsman Ross Taylor (32), opener Martin Guptill (29), skipper Kane Williamson (27) and stumper B.J. Watling (23 not out) got the kind of starts but failed to capitalise in their hurry for quick runs, which worked in favour of the hosts to wrap up the match on the fourth day.

Earlier, riding on Cheteshwar Pujara’s brilliant 101 and opener Gautam Gambhir’s 56-ball 50, India declared their second innings at 216/3 with an overall lead of 474 runs, just before the tea break.

Pujara was unbeaten on 101 runs off 148 balls with Ajinkya Rahane (23 not out) batting at the other end when Kohli decided to declare the innings midway through the post-lunch session.

The Saurashtra batsman, who has been in good form in this series, thus completed the seventh century of his Test career. He has also scored three half-centuries during the series.

Among the Kiwi bowlers, off-spinner Jeetan Patel was the only one to bag wickets with figures of 2/56. Patel trapped Kohli leg before shortly after lunch with a delivery that turned and hit the Indian captain on the pads after pitching just outside off stump.

Gambhir (50), who has won back his place in the team after quite a long gap, completed his half-century off just 56 deliveries before being sent back to the pavilion by Kiwi spinner Jeetan Patel.

Earlier in the match, Kohli’s (211) second double ton and Rahane’s brilliant 188 guided India to a mammoth 557/5 declared before Ashwin stepped up with six wickets to skittle the visitors out for 299 and give the hosts a 258-run lead.

Both the teams will now face off in a five-match One-Day International (ODI) series. The first match is slated for October 16 at the picturesque Himachal Pradesh Cricket Association (HPCA) stadium at Dharamsala. 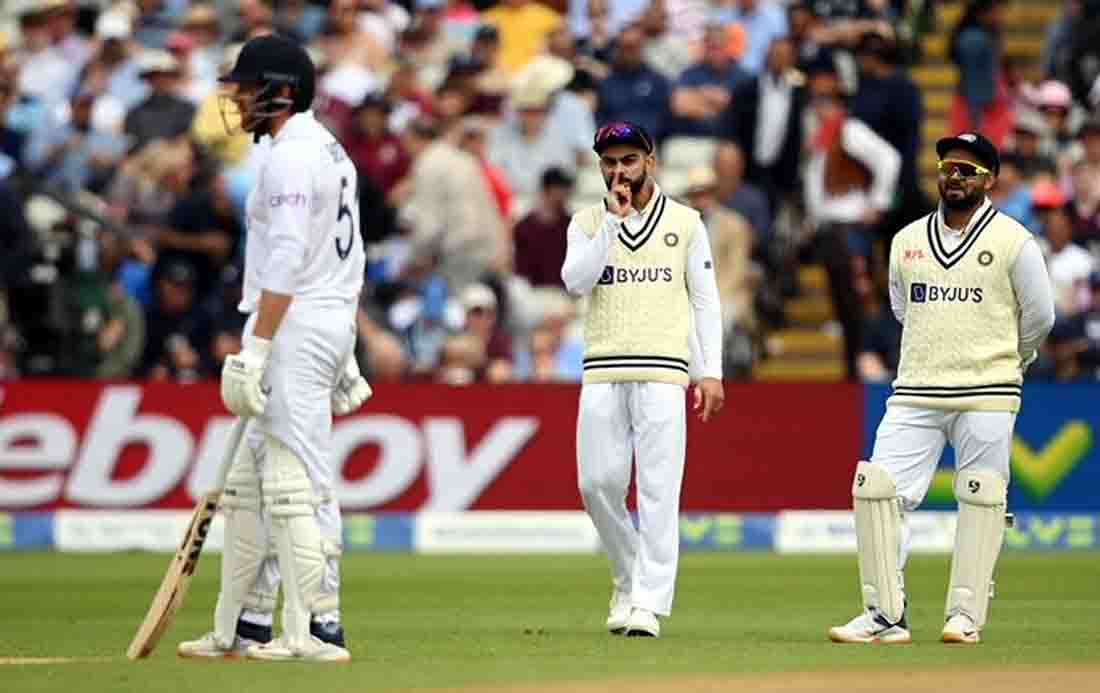 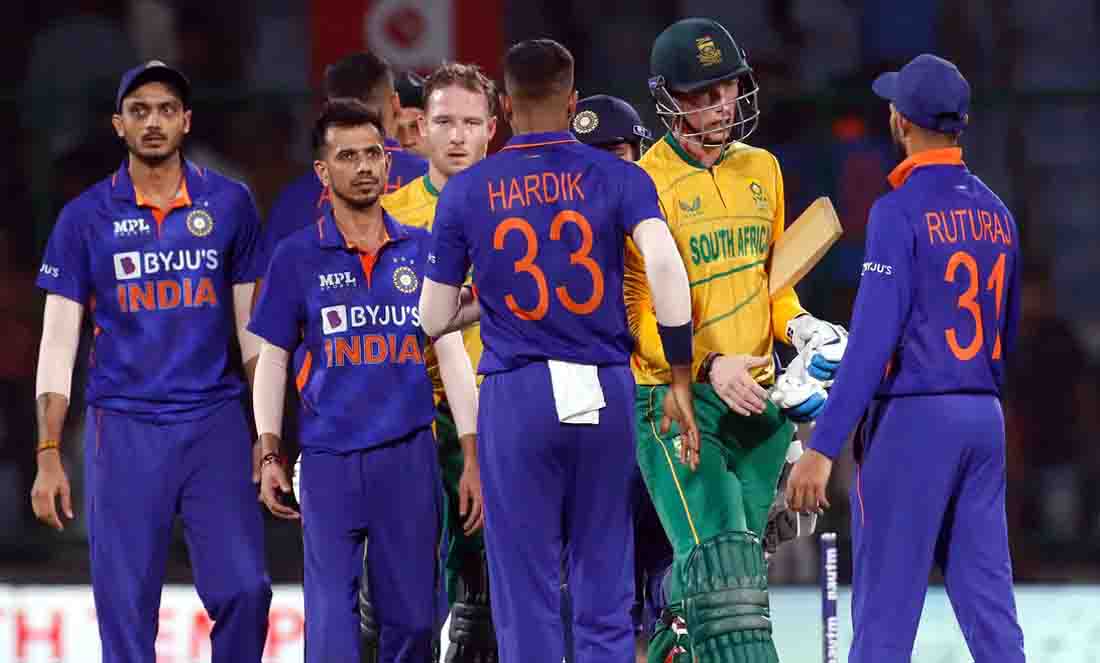 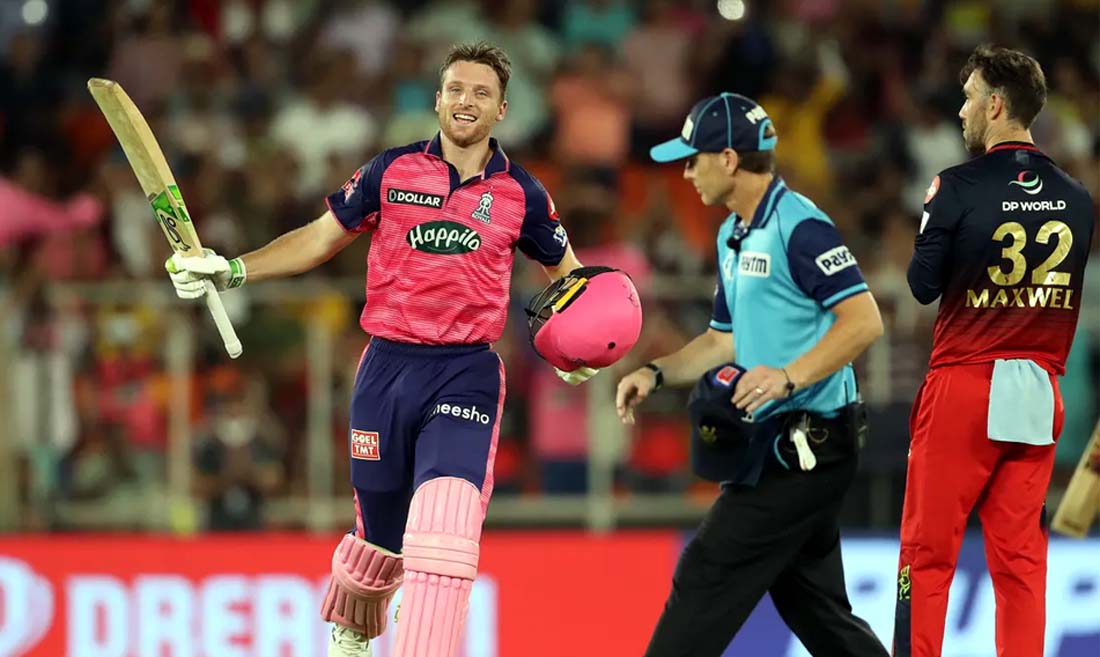