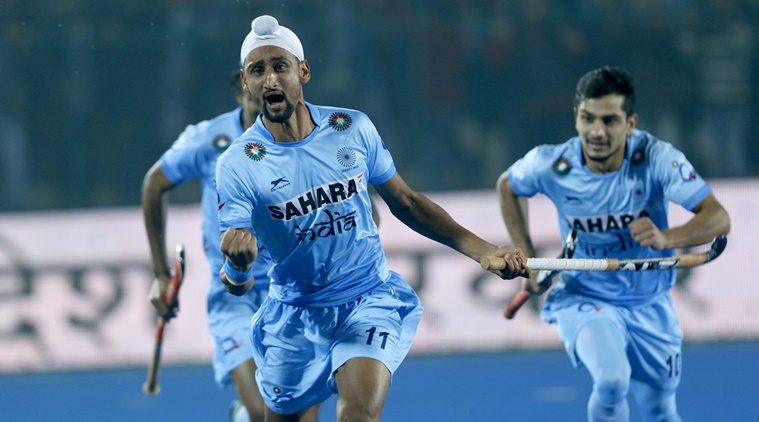 India’s only title in the Under-21 showpiece came in 2001 and after a gap of 15 years, the Harendra Singh-coached side will look to emulate what Rajinder Singh’s boys did in Hobart, Australia.

It will be India’s third appearance in the final in the tournament. They had finished runners-up in 1997.

Apart from the home factor, the impressive performance of the Harjeet Singh-led side has triggered a wave of expectations. And it is this factor that the Indians need to be wary of when they take the field on Sunday.

They need to continue to do what coach Harendra calls “simple hockey”, due to which the hosts topped their pool comprising England, South Africa and Canada before overcoming Spain and Australia in the quarter-final and semi-final respectively.

They have also shown a lot of character in these matches and to grind out wins against Spain and Australia despite conceding a goal in each match early, speaks volumes of the team’s unity and work ethic that helped them to bounce back.

For India, drag-flick exponents Harmanpreet Singh (three goals) and Varun Kumar (two goals) will be tasked to convert the crucial penalty corners. The two have been blamed for their poor conversion rate and they need to mix power with accuracy and tactics to be successful against the Belgians. The duo has also performed well as defenders, along with vice-captain Dipsan Tirkey.

In the midfield, captain Harjeet Singh will dictate the tempo of play and he will need help from Nilakanta Sharma, Santa Singh, Manpreet and Sumit. Against an opponent like Belgium, who are known for their aggressive build-up play and high pressing, Harjeet and Co need to step up.

Indian attackers, led by Mandeep Singh (three goals), will not only have the duty of finding goals but also penalty corners. Armaan Qureshi, Gurjant Singh and Parvinder Singh have their task cut out against the tough-tackling Belgian defenders.

Belgium, who had not reached even the semi-finals before this edition, have improved a lot over the past few years. Their senior team claimed the silver medal at the Rio Olympics in August and the U-21 members will be eager to prove that they have the talent to extend their success as a hockey nation this year.

Their academy-based way of churning out talent helps them play as a group. This time, they will be out to show the world that Belgium have truly arrived, overcoming their mid-ranked team status.

Meanwhile in the play-off for the bronze medal, record champions Germany will face Australia. Germany, the two-time defending champions, lost to Belgium via penalty shoot-out 3-4.