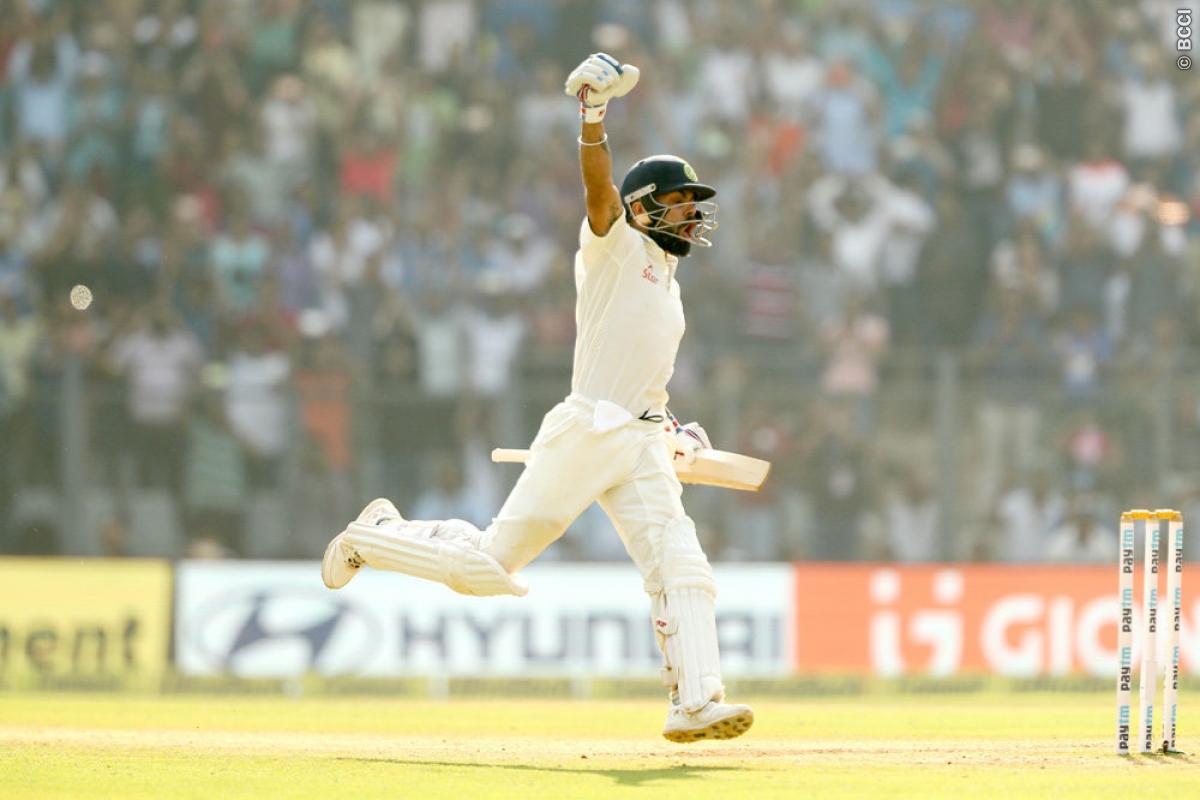 Mumbai, 10 Dec 2016 : India suffered a mid-batting order wobbled but skipper Virat Kohli’s assuring presence helped them to 348/6 in their first innings at tea on the third day of the fourth Test against England here on Saturday.

Kohli was at crease (83 batting) along with Ravindra Jadeja who was not out on 22. They shared a crucial unbeaten 41-run seventh wicket partnership to guide India towards safety after being reduced to 307/6 in the 105th over.

India were 247/2 at lunch and coasting along with opener Murali Vijay (136) striking his eight century in the morning session.

But his fall after lunch after a 282-ball knock, punctuated by 10 boundaries and three sixes, triggered a middle order batting wobble.

But the Kohli-Jadeja stand has come in the way of England and could be crucial to India’s interests of taking the lead.

Joe Root (2-17) and Moeen Ali (2-118) were the most successful bowlers for England. Jake Ball (1-18) and Adil Rashid (1-118) were the other wicket takers for the visitors.Earlier in the first phase of play, Vijay’s finely-composed century vaulted India to a healthy 247/2 at lunch.

Vijay struck his eighth ton and second of the series, to guide India to a strong position in response to England’s score of 400, after resuming at their overnight score of 146/1.

Vijay completed his century with a single in the 72nd over of India’s innings, hitting nine fours and three sixes.