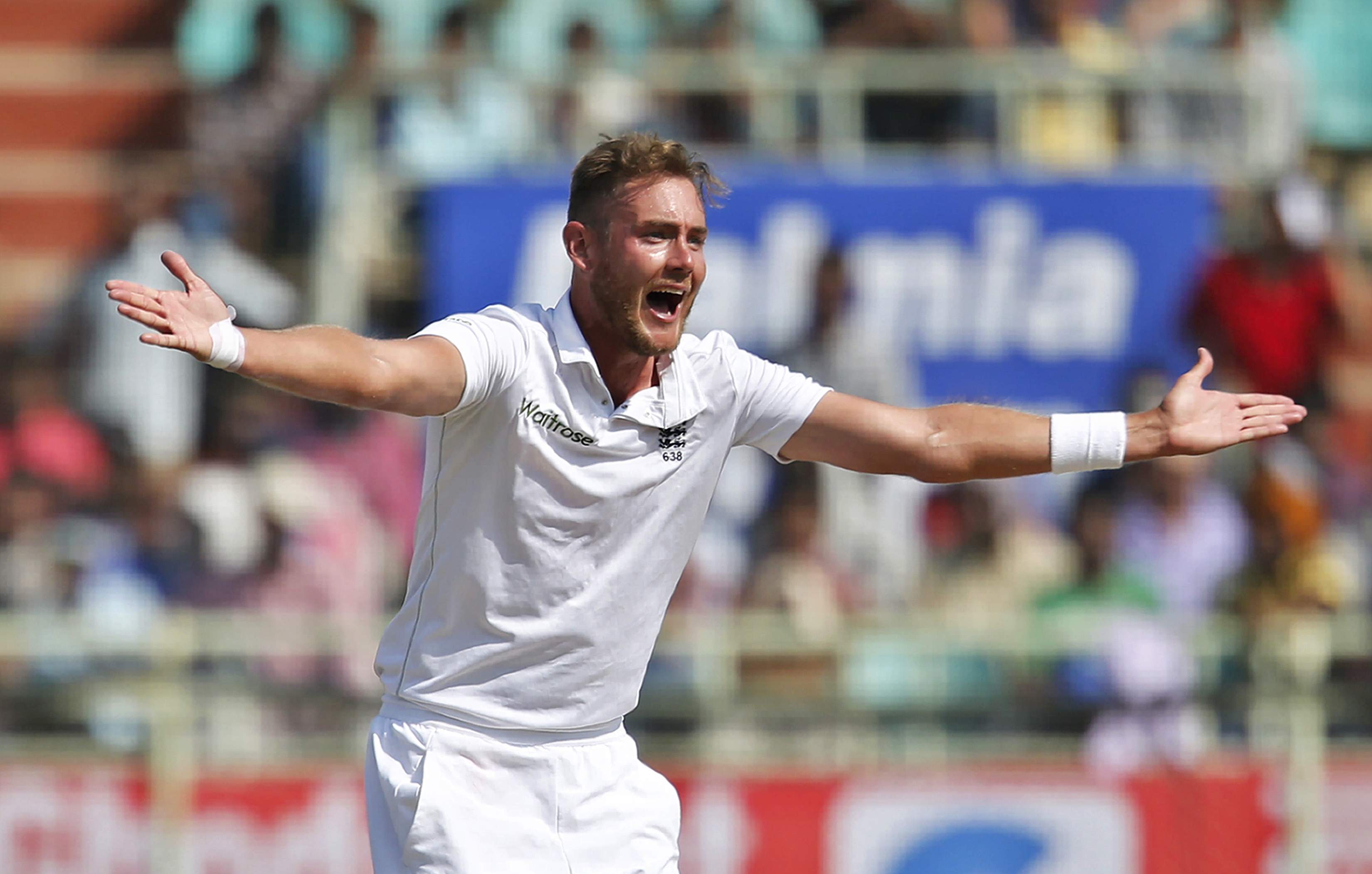 Mohali, 25 Nov 2016 : England skipper Alastair Cook on Friday confirmed that their premier fast bowler Stuart Broad will miss the third cricket Test against India here because of an injury.

Broad, who missed the team’s first net practice ahead of the match at the Punjab Cricket Association (PCA) IS Bindra Cricket Stadium, starting on Saturday, suffered a strained tendon in his right foot during the second Test at Visakhapatnam.

Despite injury, the 30-year-old bowled in the fourth innings of the game.

“Stuart’s definitely out. It’s a shame after the way he bowled in that last innings (in Vizag) and you wouldn’t know that his foot was as bad as it was, but the specialist’s advice is that there is a risk of it going totally and he would be out for a period of time,” Cook told reporters here. “They were quite surprised how well he got through those four and a half days after doing it in the third or fourth over. Knowing that, if he played here and did a lot more damage to the tendon in the second over, then you’d look stupid.”

“Chris Woakes who was part of that rotation is definitely in and it’s just a question of whether we go with four seamers and two spinners or three and three again,” he added.

Cook also spoke about the mood in the dressing room after the 246-run defeat in Visakhapatnam.

“The guys are in good spirits. We’ve played some good cricket on this tour so far. Yes, we lost the last game.”

“But there were some aspects of it over the last 10 days of cricket where we’ve played well and have managed to put India under pressure — certainly in the first game,” Cook said.

“It will be great to get ahead of this game early, like we did at Rajkot, and then put some pressure on India,” he added.

Commenting on the Mohali pitch, the 31-year-old said: “I saw it yesterday. It looked quite dry, but they might have watered it overnight. Historically, the stats here are that the one place where seamers tend to get a bit more pace and carry is Mohali. Whether that pitch allows that, I don’t know — we’ll have to make that decision.”

England have included Jos Buttler, who has played only one first-class match in more than 12 months to provide the stability to the middle order.

Commenting on his inclusion and the batting line-up for the upcoming match, cook said: “I can tell you that Jos is coming in to play, and Ben (Duckett) misses out. He’s going to bat at seven, Mo (Moeen Ali) at four and Jonny (Bairstow) at five.”

“It’s clearly not an ideal circumstance, not having any red-ball (match) practice out here. But sometimes when the pressure’s off, you can come out and play and do something special,” Cook explained.

“He’s an extremely talented cricketer — we’ve all seen that, clearly mainly in the one-day and Twenty20 format, probably up there with the top three or four short-form players in the world,” he added.

Make in India reports on textiles, telecom, auto sectors out