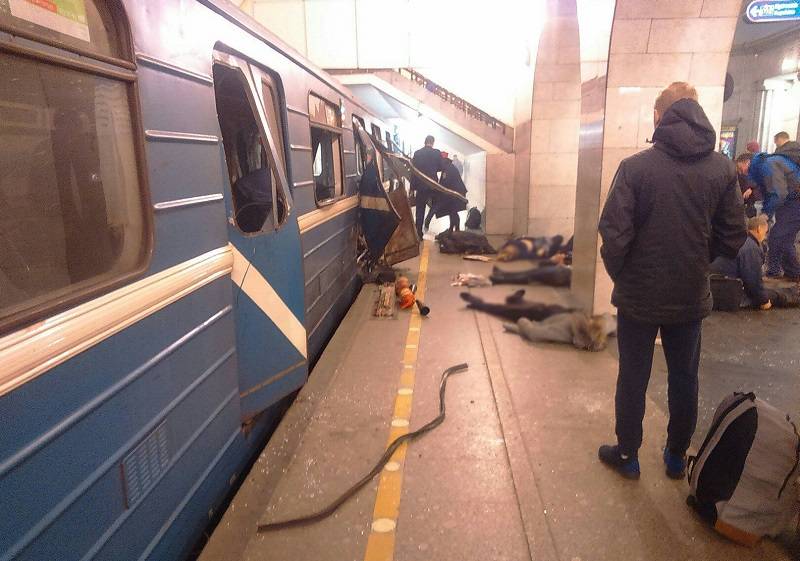 Moscow, 3 April 2017 : At least 10 people were killed when two powerful blasts tore through a metro train in the Russian city of St Petersburg on Monday, the media reported.

RT Online quoted Transit Systems management as saying that evacuation of passengers was on after the explosions at the Sennaya Square station. TASS quoted emergency services as saying that 10 people had been killed. The door of a train coach was blown off by the impact of the explosions. Russian President Vladimir Putin said law enforcement agencies were trying to determine the circumstances of the incident.