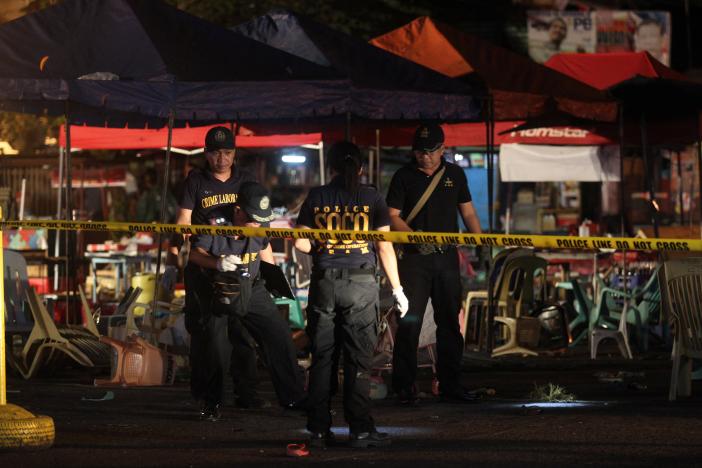 Manila: At least 14 persons were killed and 67 others injured in an explosion at a market in Philippines’ Davao city, police officials said on Saturday.

The casualty figures were based on the latest information from area hospitals, Police Station Commander Milgrace Driz told EFE news.

The explosion occurred on Friday around 11.00 p.m. at a busy night market in the city centre.

The Abu Sayyaf terrorist group has claimed responsibility for the deadly blast, according to Department of Interior and Local Government Secretary Mike Sueno on Saturday

Abu Rami, a spokesman for Abu Sayyaf, confirmed the news to local Radio DZMM. However, it was unclear how the spokesman informed the radio station.

“It’s not martial law but it would require nationwide, well-coordinated efforts of the military and the police,” he said in a televised interview, adding that major checkpoints would be set up on all roads leading out of the city.

The President visited the blast site around 4 a.m.

He was in the city at the time of the blast but did not suffer any injuries.

Police in capital Manila were also on red alert.