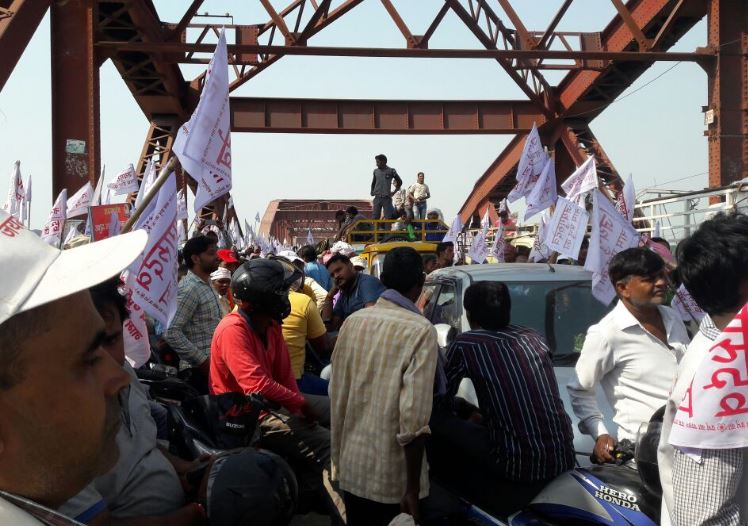 Uttar Pradesh Chief Minister Akhilesh Yadav announced Rs 2 lakhs each for kin of those killed in the stampede. Varanasi: At least 24 people were killed and several others injured in a stampede that broke out on Rajghat bridge in Varanasi on Saturday.

The incident took place when thousands of followers of religious leader Jai Gurudev were on their way to Domri village on the banks of Ganga to take part in the two-day camp, police said.

At least 60 people were injured and five of them are stated to be in a serious condition, District Magistrate Chandauli, Kumar Prashant said.Senior officials of police and administration have rushed to the spot to carry out relief and rescue measures.

Quick to respond to the incident, Uttar Pradesh Chief Minister Akhilesh Yadav announced Rs 2 lakhs each for kin of those killed in the stampede. The UP government also announced Rs 50,000 each for those critically injured.

Meanwhile, a government spokesman in Lucknow said that the situation in Chandauli is being monitored and all necessary measures were being taken.

An inquiry will be instituted to find out the cause of the stampede, he said.

Pak ready for dialogue only if India is serious about Kashmir