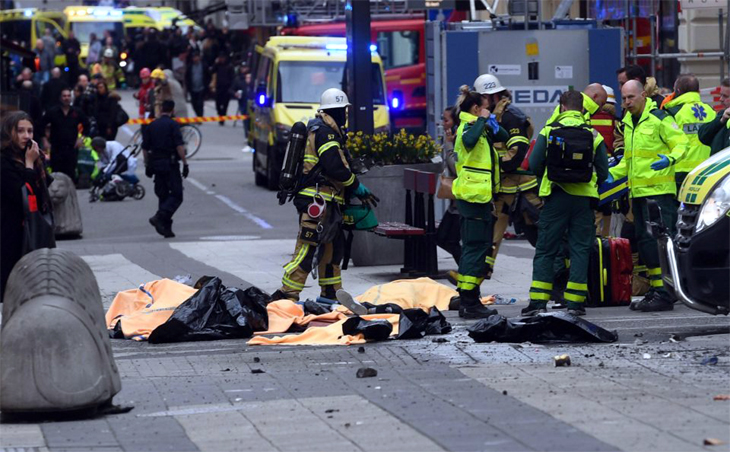 Stockholm, 7 April 2017 : A truck on Friday rammed into a store in the centre of the SWedish capital Stockholm, and police and witnesses said three people died and many others were injured.

“Sweden has been attacked. Everything indicates that this is a terror attack,” Swedish Prime Minister Stefan Lofven told a press conference.

The police have urged people to stay indoors, the SVT news reported, adding that the Parliament House has been cordoned off.

All Metro services in the Swedish capital city have been shut following the incident, Radio Sweden reported.

The truck involved in the incident was hijacked earlier Friday from outside a restaurant in central Stockholm, according to Radio Sweden.