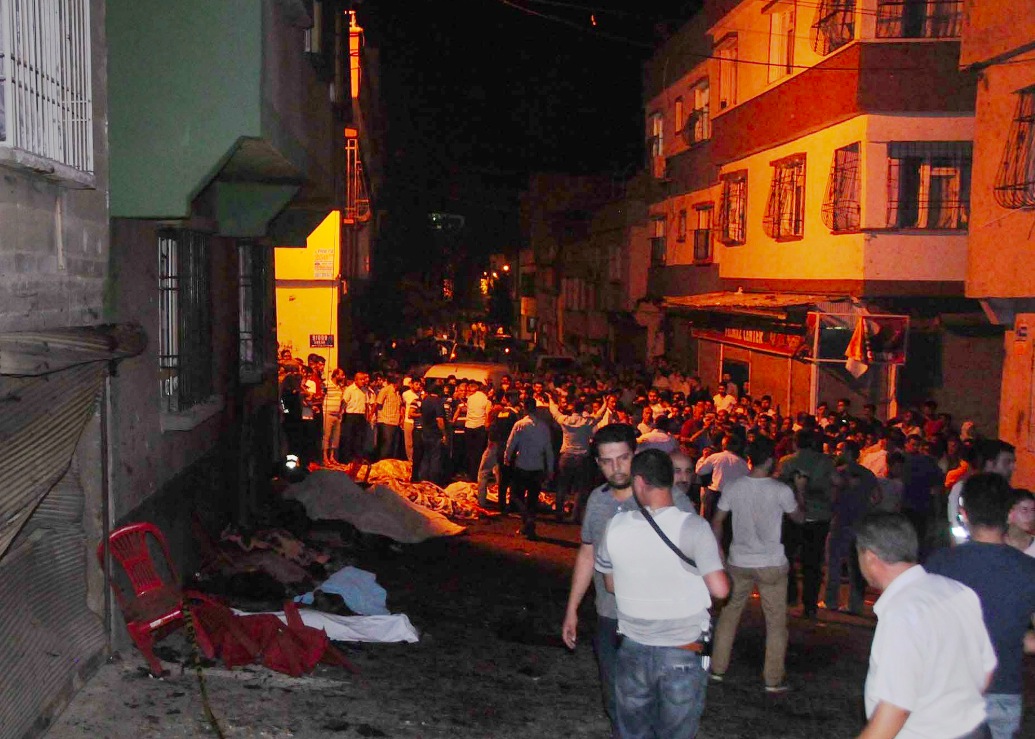 Ankara, Aug 21 : At least 50 people were killed and over 90 others injured on Saturday night in an explosion at a wedding in the Turkish city of Gaziantep, media reports said.
The terror attack took place in the Beybahce neighborhood of the Sahinbey district of Gaziantep province, located about 95 km north of the war-torn Syrian city of Aleppo, Anadolu News Agency reported citing a statement from the regional governor Ali Yerlikaya.

The wedding took place on a street, a common practice in southern Turkey, especially during the summer season.

No group has yet claimed responsibility for the attack.

President Recep Tayyip Erdogan, condemned the attack in a statement.

Those, who cannot overcome Turkey and try to provoke people by abusing ethnic and sectarian sensitiveness, will not prevail, Anadolu News Agency quoted Erdogan as saying.

Turkey has experienced significant turmoil in recent months, with the attempted military coup on July 15 and a series of deadly explosions, CNN said.

Past attacks have been carried out by the Islamic State (IS), which controls northern Syria across the border, and the outlawed Kurdistan Workers Party (PKK).

In the most brazen attack, 44 people were killed in July by suspected IS suicide bombers at Istanbul’s Ataturk Airport.