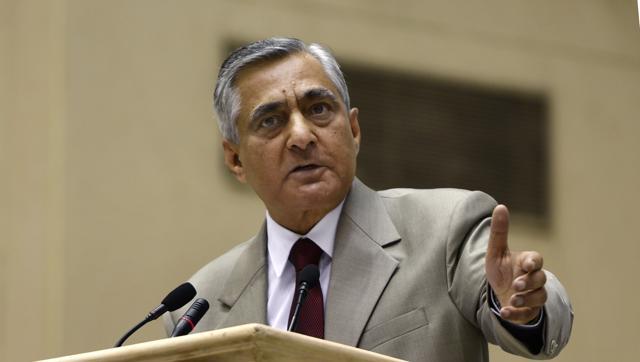 New Delhi, 26 Nov 2016 : Chief Justice of India T. S. Thakur on Saturday expressed concern over the non-filling up of vacancies in various courts saying there are around 500 judges’ posts lying vacant in the high courts.

“Around 500 vacancies in the high courts today. 500 high courts judges should be working today, but they are not. A large number of proposals are still pending and hope the government will intervene to end this crisis,” Justice Thakur said at National Law Day function organised by the Supreme Court Bar Association.

Thakur said that due to lack of infrastructure, posts of chairmen in various tribunals are lying vacant.

Law Minister Ravi Shankar Prasad, however, disagreed with Thakur and said the central government has made 120 appointments this year.

“We have highest regard for the CJI but we respectfully disagree with him. This year we have made 120 judges appointments (second highest appointments up to 2013),” Prasad said.

“Since 1990, there have been only 80 appointments. There are 5,000 vacancies in lower judiciary in which the Government of India has no role to play. That is something only for judiciary to take,” said the minister.

On October 28, during a hearing a bench headed by Thakur had slammed the Centre for sitting over the top court collegium’s recommendations on the appointment of high court judges, saying the action amounted to paralysing and locking out the judiciary.

In April this year, Thakur during a joint conference of chief ministers and chief justices of high courts, broke down and urged the government to improve the infrastructure and fill up vacancies in the courts.