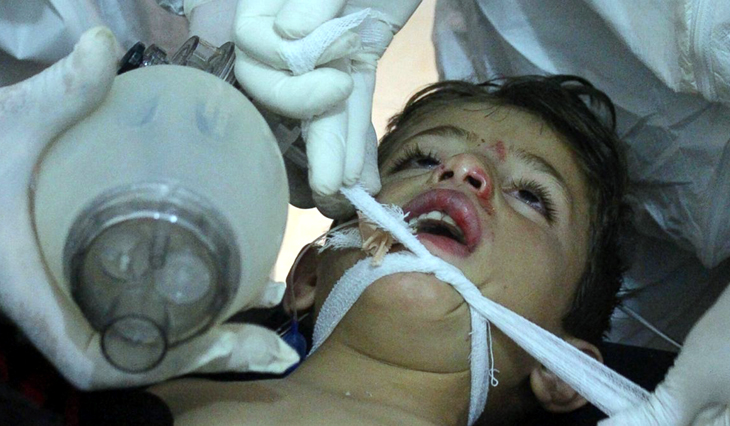 Damascus, 4 April 2017 : At least 58 people, including 11 children, were on Tuesday killed in a suspected chemical attack on a rebel-held town in Syria, a war monitor said.

According to medical teams, the victims showed symptoms of asphyxiation.

Meanwhile, the High Negotiations Committee of the Syrian opposition on Twitter claimed that around 100 people were killed in the attack. It was unclear if the planes involved in the attack were Syrian or those of government ally Russia.

In a Facebook post earlier on Tuesday, it said that four thermobaric bombs containing chlorine gas were dropped.

The reported gas attack comes at the start of a two-day conference on Syria’s future hosted in Brussels by the European Union and the United Nations.