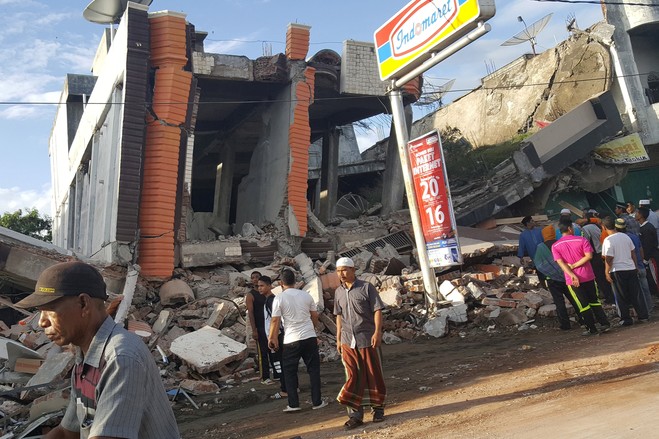 Jakarta, 7 Dec 2016 : At least 97 persons were killed and over 500 injured when an earthquake measuring 6.4 on the Richter Scale hit Aceh province in Indonesia on Wednesday, an official said.

The epicentre of the powerful earthquake was 18 km northeast Pidie Jaya district and the depth was at 10 km underground, Xinhua news agency quoted disaster relief officials as saying.

Related Topics:EarthquakeIndonesia quake
Up Next

IN PICS : The life of Tamil Nadu’s Iron Lady Jayalalithaa