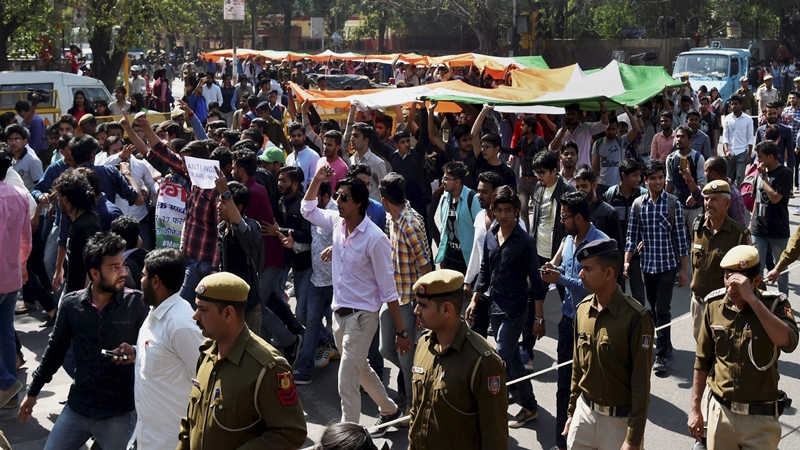 An ABVP activist said they were protesting against the All India Students Association (AISA) “for shouting anti-India slogans”.

“What happened in JNU (Jawaharlal Nehru University), we will not let it happen in Ramjas,” the ABVP activist said. The march comes days after clashes erupted between the activists of the two student wings outside Ramjas College here on Wednesday, a day after the RSS’ students body forced suspension of an event to be addressed by JNU student Umar Khalid.

Khalid was jailed in 2016 on sedition charges for allegedly shouting anti-national slogans.

Government to blame for threats to student: AAP