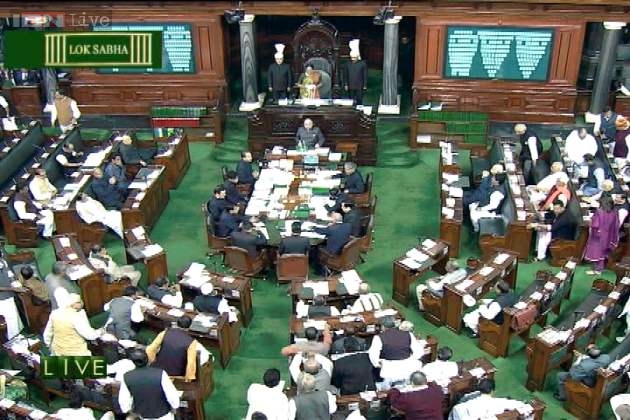 New Delhi, 16 Dec 2016 : The Lok Sabha was adjourned sine die on Friday after Speaker Sumitra Mahajan said the house worked only for 19 hours in the entire winter session due to repeated disruptions.

The lower house, which witnessed one adjournment on Friday morning, passed the Rights of Persons with Disabilities bill, 2014, after a brief discussion.

This was the second bill to be pasted by Lok Sabha in this session and the only one which was debated by both the government and opposition members.

A brief discussion was held for the supplementary demands for grants but amid din.

Speaker Mahajan informed the house that the Lok Sabha functioned for only 19 hours in 21 sittings. “It was not even 21 hours.”

Shs said 91 hours and 59 minutes were wasted due to disruptions.

“This is not good for us. It maligns our image in the public,” Mahajan said.

“I hope there will be no disruptions in the coming sessions and we will function is a better way,” she added.

Related Topics:DemonetisationLok Sabha
Up Next