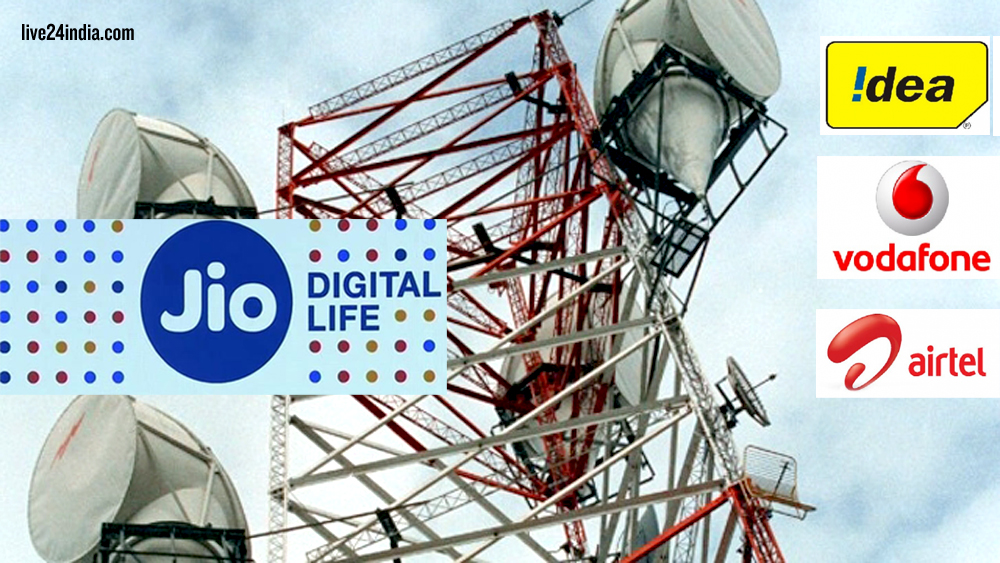 In the case of Airtel and Vodafone, the fines imposed were for 21 LSAs, amounting to Rs 1050 crore each while in the case of Idea, the fine was Rs 950 crore for 19 LSAs. It also said the action of the three operators showed “ulterior motive to stifle competition”.

In three similar letters to the three players, the watchdog Telecom Regulatory Authority of India (TRAI) said it has recommended a penal action of Rs 50 crore per licence service area (LSA) (except Jammu & Kashmir) where PoI congestion exceeded the allowable limit of 0.5 per cent as reported by Airtel/Vodafone/Idea Cellular through emails in September 23.

In the case of Airtel and Vodafone, the fines imposed were for 21 LSAs, amounting to Rs 1050 crore each while in the case of Idea, the fine was Rs 950 crore for 19 LSAs.

The regulator had received a letter from Reliance Jio on July 14, stating that the incumbent players were not providing it with sufficient E1s (interconnect points, with technical parameters).

After exchanging several communications with the three operators, the TRAI arrived at the decision that each of them has been non-compliant to provide anough PoI between them and Reliance Jio.

The regulator also stated that the incumbent operators were in “non-complaince of the terms and conditions of licence and denial of interconnection to Reliance Jio appears to be with ulterior motive to stifle competition and is anti-consumer.”

It defined the act of the incumbent players as against public interest.

It said non-compliance of terms and conditions of licence warrants recommendations for the revocation of licence.

“However, the Authority is mindful of the fact that revocation of the licence will entail significant consumer inconvenience and therefore in view of the larger public interest involved, the Authority recommends penal action…”

BJP will usher in development in Uttar Pradesh, says Modi