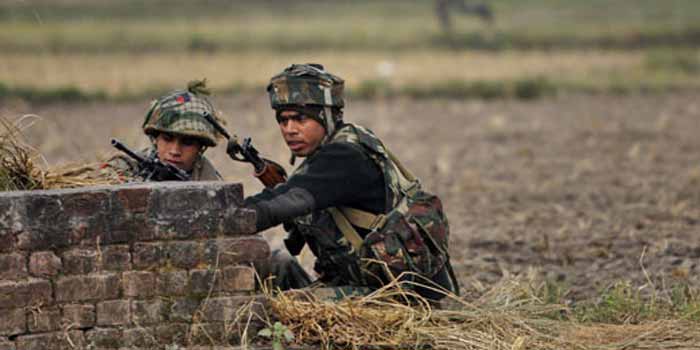 Jammu: Security forces found the body of a militant inside an under construction mini secretariat building in Jammu and Kashmir’s Poonch district, where a gunfight is continuing.

A senior police official said while carrying out room to room searches in the building in Poonch town, security forces found the body, taking the toll of killed militants since Sunday to four.

On Sunday morning, the holed-up guerrillas started a gunfight with the security forces which resulted in the killing of three militants and one policeman.

“The building and adjacent areas were surrounded and exchange of fire were continuing,” the official added.

Five others — a police official, a civilian and three soldiers — were injured in the attack.

Police had said Sunday’s gunfight had ended with the killing of the militants.