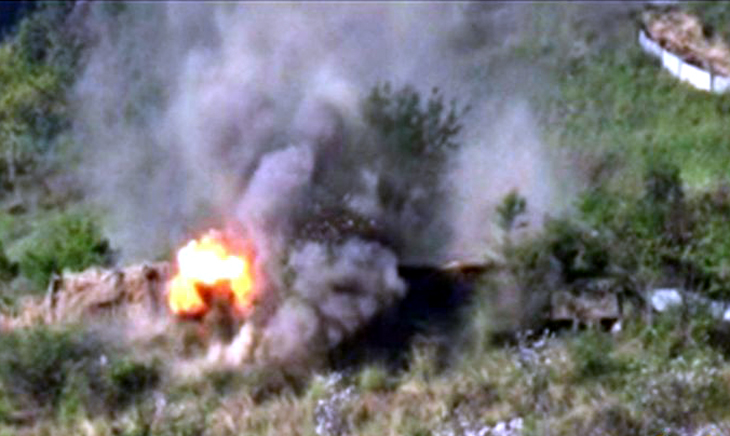 New Delhi, 23 May 2017 : The Indian Army on Tuesday claimed to have decimated several Pakistani military posts along the Line of Control in Jammu and Kashmir in a recent “punitive assault” as part of counter-terror strategy to stop cross-border militant incursion.

Without disclosing any details, he released a 24-second video of destroying a Pakistani post by Indian army artillery.The video showed blowing up of at least 4-5 bunkers.

“Punitive fire assaults are being undertaken across the LoC. This is part of our counter-terror strategy. So that the number of terrorists (in the state) is brought down and Kashmir youth do not tread a wrong path,” Maj. Gen. Narula said.

He said the Indian Army was aware that infiltration attempts from across the border would increase as snow has started melting – which would open up the traditional routes of militant incursion.

“The Indian Army pro-actively dominates the LoC. We want peace and tranquility in Jammu and Kashmir.”