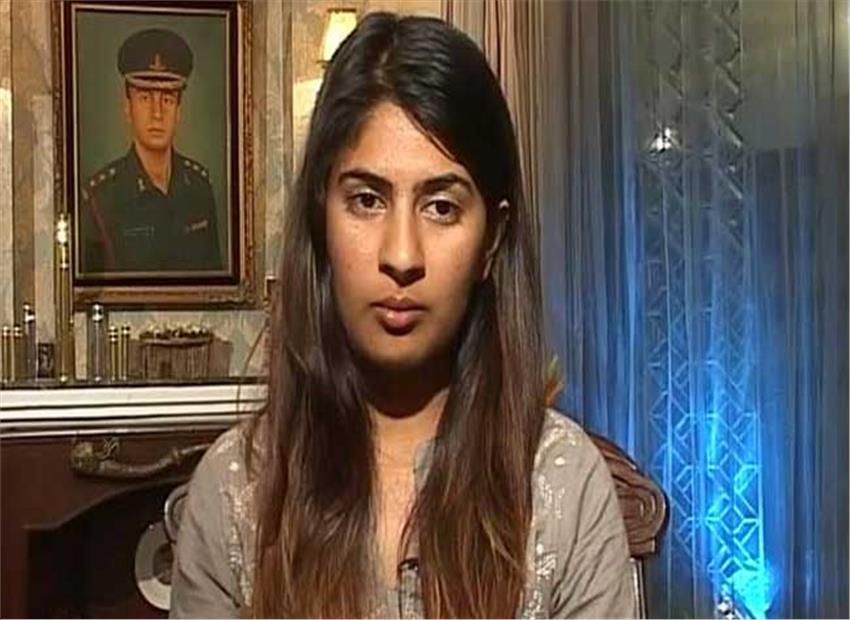 Kaur met Maliwal earlier in the day and complained against online threats she was receiving ever since she stood up to RSS student wing Akhil Bharatiya Vidyarthi Parishad (ABVP).

“Taking cognisance of the complaint, I wrote a letter to the Delhi Police Commissioner and requested him to register an FIR against the culprits and arrest them,” Maliwal told reporters here.

“It is a matter of shame that a martyr’s daughter is being attacked like this and is threatened with rape and death. If no action is taken against the culprits right now, people will lose faith in the system,” she said.

Lady Shri Ram College student Kaur posted a picture of her’s holding a poster on Facebook that said: “I am a student from Delhi University. I am not afraid of ABVP. I am not alone. Every student of India is with me.”

Kaur launched the online campaign against the ABVP after the February 22 violence outside Delhi University’s Ramjas College.

She then received rape and death threats on social media by some who called her “anti-national”.

Speaking to the media on Monday, Kaur said she was not afraid because she was fighting for “the right cause”.

“Just because you are a student organisation, which is in power, does not mean you can threaten me. I don’t want to be scared of you.

“A student organisation’s job is to work for the welfare of the students, not to rule them or to scare them,” she said.

“I am getting hundreds of threats. If I start lodging complaints against each of them, then even the police will ask me to stop,” Kaur added.

Along with threats, Kaur has also received the support of innumerable people — young and old — for her stand against the ABVP and violence on the campus.

BJP will form government with full majority in UP: Modi