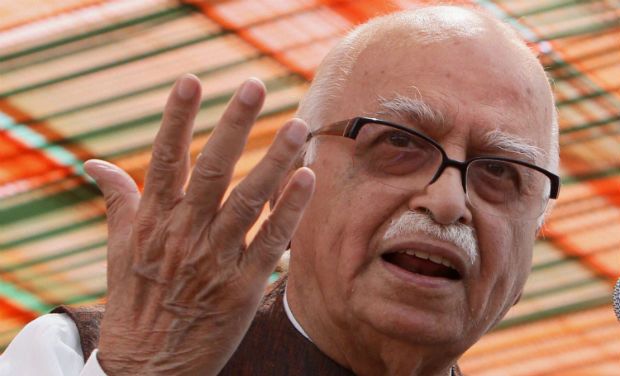 New Delhi, 7 Dec 2016 : Pandemonium continued to prevail in Parliament on Wednesday with a vociferous opposition disallowing normal business  prompting veteran BJP leader L.K. Advani to describe the prevailing situation as disgraceful and question the manner in which the proceedings were sought to be conducted.

The Lok Sabha witnessed protests over demonetisation with the opposition insisting on a debate under a rule entailing voting but the house, nevertheless, managed to take up Question Hour and Zero Hour. However, the Rajya Sabha could not conduct any business due to the prevailing chaos and logjam.

Both the houses were adjourned for the day in the afternoon following repeated adjournments.

In the Lok Sabha, the opposition kept raising slogans against Prime Minister Narendra Modi and created a ruckus. Amid the din, however, the Question Hour went on for around half hour and all Zero Hour submissions were made.

The house was adjourned for the day, minutes after it met at 2 p.m.

Earlier as the house was adjourned shortly before 1 p.m., Advani described the unending disruption of the Lok Sabha as “disgraceful” and wanted to know who was running the house.

The normally quiet Advani called Parliamentary Affairs Minister H.N. Ananth Kumar and asked who exactly was in charge in the house.

As other BJP members watched in silence, the former Deputy Prime Minister and one of the most respected parliamentarians in the country, was overheard saying that neither Speaker Sumitra Mahajan nor the Parliamentary Affairs Minister appeared to be on top of the situation.

“Neither the Speaker nor the Parliamentary Affairs Minister is running the house. I am going to tell the Speaker that she is not running the house… Both the opposition and the government are unable to run the house,” said Advani even as Ananth Kumar was seen desperately trying to pacify him.

Ananth Kumar was then seen gesturing towards the media gallery at which Advani said: “I will say it publicly.”

He asked till what time the Lok Sabha had been adjourned. When he was told it was till 2 p.m., the veteran asked sarcastically: “Why not sine die?”

Soon after the lower house met at 11 a.m., opposition members were on their feet demanding a debate under Rule 184 that entails voting.

The Speaker even dubbed the opposition protest a drama.

“This is an every day drama. If you want to debate, you can start the debate right now,” she said.

However, even as the opposition members shouted slogans like “Modi sarkar hai hai”, Mahajan continued with the Zero Hour submissions while the protests kept getting noisier.

The house was adjourned shortly before 1 p.m. until 2 p.m.

When the house met at 2 p.m., opposition members again raised slogans demanding discussion with voting. Amid the unending din, the house was adjourned for the day.

In the Rajya Sabha, a heated argument took place between the opposition and the treasury benches before two quick adjournments prior to the lunch break. The upper house was finally adjourned for the day soon after it re-assembled post-lunch.

Leader of Opposition Gulam Nabi Azad said over 80 people have died since demonetisation was introduced on November 8 and demanded that accountability should be fixed for these deaths.

Naresh Agarwal of the Samajwadi Party also criticised the government for “paralysing the country”.

Expressing similar views, Bahujan Samaj Party chief Mayawati said Prime Minister Modi had asked for 50 days to fix the problems arising from the demonetisation decision, but nothing seems to be changing.

Replying to the charges, Finance Minister Arun Jaitley said the opposition was running away from the debate on the issue.

“The issue is important and that’s why the debate (on it) should be completed,” he said.

Allegations and counter-allegations were levelled from both sides, resulting in ruckus.

DMK’s Tiruchi Siva demanded Modi’s presence and said he should come to the house to listen to the debate on demonetisation.

K. Keshava Rao of the TRS also raised the same point and said it is not about demonetisation, it is about its fallout.

Jaitley sought to refute the point, saying the government works on collective basis and if a Minister speaks on something, it is the government making a statement on the issue.

On this, members from both sides shouted at one another and the house was adjourned for the day amid the din.

There has been no meaningful business in both houses of Parliament ever since the winter session began on November 16.

India is for peace, but not coward : Parrikar