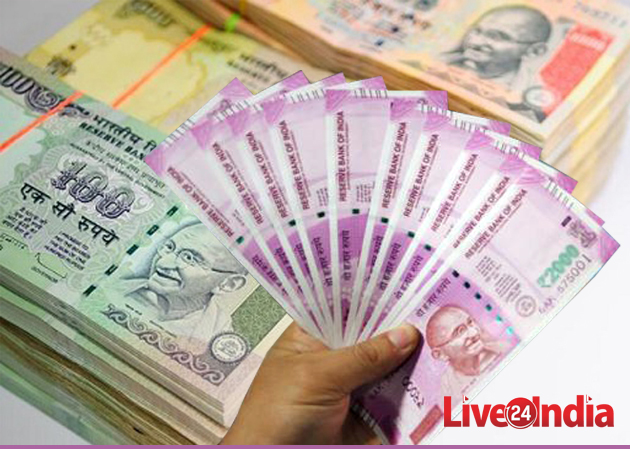 New Delhi, 14 Nov 2016 : Fifty days of pain is what Prime Minister Narendra Modi has asked people to endure for his sudden demonetisation move. But going by the rate at which fresh currency is being disbursed, even this time will prove grossly inadequate to set the economy right.

Against this, data furnished late on Sunday by the Finance Ministry said in the first four days — Nov 10 to Nov 13 — Rs 50,000 crore were dispensed to customers — in Rs 100 and Rs 2,000 denominations — either by withdrawal from their accounts or ATMs, or exchanged at bank and post office counters.

This, in 18 crore transactions, which has already made the banking system burst at its seams. In fact, on most days so far, and in most bank branches and ATMs, the money is getting exhausted even before the serpentine queues close in.

This does not go well with assurances given by the Reserve Bank of India (RBI) that it has enough currency to replenish banks for their disbursals. This, also after RBI printing presses are said to have started printing the new currencies several days ago, to create a good buffer.

Accordingly, even if we assume that the full amount of Rs 12,500 crore is being disbursed in Rs 2,000 denomination on a daily basis, it will take 116 days to replenish the financial system with what has been declared illegal. This also assumes that the total amount of currency declared illegal would be replaced with new notes.

It is not without reason a strong warning against demonetisation by the direct tax administration just four years ago, on what ill-effects it can bring and how futile the exercise can be — all of which is waiting to play out in full bloom today.

“One common demand from the public is that high denomination currency notes particularly Rs 1,000 and Rs 500 should be demonetised,” said the report authored by the chairman of the Central Board of Direct Taxes in 2012, titled: “Measures to Tackle Black Money in India and Abroad.”

“In this connection, it is observed that demonetisation may not be a solution for tackling black money or economy, which is largely held in the form of benami properties, bullion and jewellery,” said the 109-page report.

Further, it said, such a step will raise costs, as more currency notes will have to be printed, cause an adverse impact on the banking system, mainly on logistics issues, make transportation of cash difficult, inconvenience the public and play havoc with disbursal of wages.

“Demonetisation undertaken twice in the past — 1946 and 1978 — miserably failed, with less than 15 per cent of high currency notes being exchanged, while more than 85 per cent of the currency notes never surfaced, as the owners suspected penal action by government agencies.”

Why is ‘Sonam Gupta Bewafa Hai’