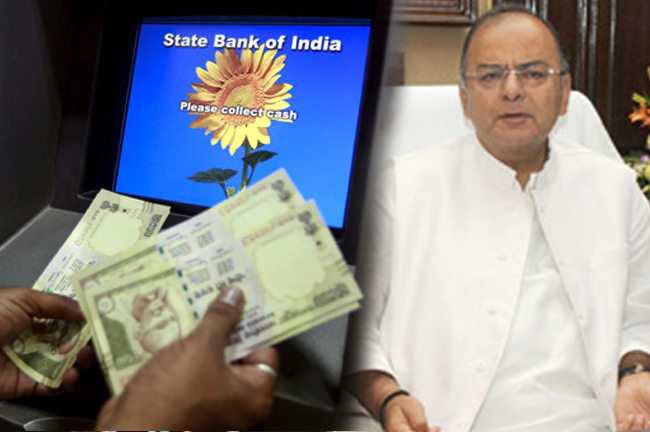 The government demonetised Rs 500 and Rs 1,000 notes from November 8 midnight. New notes of Rs 500 and Rs 2,000 denomination are being issued starting Thursday in banks and post offices.

Lakhs of anxious people made a beeline to banks and post offices on Thursday to exchange their old Rs 500 and Rs 1,000 notes. Most private and public sector bank branches were seen jampacked with customers.

With the ATMs giving out new currency from midnight, it is expected to ease the queues before the banks and post offices that were witnessed entire day on Thursday. All banks have been directed to work for 12 hours on Thursday, Friday, Saturday and Sunday to clear the rush of desperate customers for exchange transactions and, if required, remain open even next Sunday (November 20).

Jaitley said that a total amount of Rs 14 lakh crore is in circulation in the economy in high denomination notes. “But how much will be replaced by people, I cannot predict,” he said.