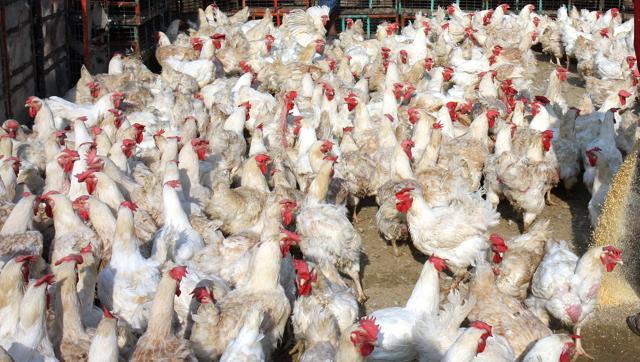 New Delhi, 28 Oct 2016 : Three more birds died due to suspected bird flu here on Friday, prompting the authorities to shut down a park in Paschim Vihar in west Delhi.

In a major relief, Delhi Animal Husbandry Minister Gopal Rai said that no trace of avian influenza has been found in the chicken samples taken from the Ghazipur poultry market.

On Friday, two birds died at the District Park in Paschim Vihar. Another bird died at the lake near Shakti Sthal, taking the total count of dead birds to over 75 so far.

Earlier, the government shut down Delhi Zoo, the Hauz Khas Deer Park and a lake near Shakti Sthal, the memorial to Indira Gandhi, after birds there began dying of bird flu.

On the Ghazipur poultry market, Rai said “The reports have come from the lab and it is a relief that chicken being sold at Ghazipur ‘murga mandi’ (poultry market) is not contaminated by H5N8 virus.”

A rapid response team constituted by the Delhi government had collected eight samples from live birds in the Ghazipur poultry market on October 22. The samples were sent to the central lab in Bhopal which had earlier confirmed presence of H5N8 virus in birds that had died at Delhi Zoo.

On Friday, Rai chaired a meeting of the 23-member coordination committee and asked all agencies having any water bodies under their jurisdiction to maintain strict vigil.

“Action will be taken if there is any lapse on their part,” Rai said.

The minister has ordered all government departments to spread lime powder around every water body. He also ordered them to spray anti-virus Sodium Hypochlorite on birds where they usually gather.

The first bird deaths were reported at Delhi Zoo, followed by Deer Park and the lake near Shakti Sthal. Samples sent to the central lab in Bhopal confirmed presence of H5N8 avian influenza virus.

Unlike the H5N1 virus, the H5N8 strain does not pose much risk to humans, according to experts.

China warns that boycott of its goods will hurt ties, investments with India