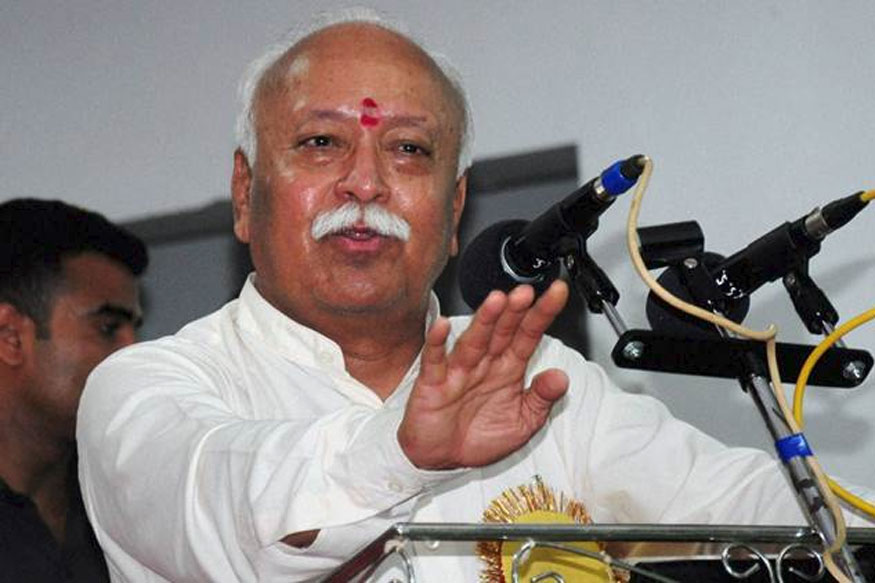 Nagpur (Maharashtra), 29 March 2017: In a sharp rebuttal of the Shiv Sena’s proposal, Rashtriya Swayamsevak Sangh chief Mohan Bhagwat on Wednesday made it clear that he was not in the race for the President of India’s post and asserted he will not accept it even if he was nominated.

“I am not interested in that post. Such news is only for entertainment. That is never going to happen.. So treat it as entertainment and forget it,” Bhagwat said addressing a function here.

The ruling Bharatiya Janata Party’s ally Shiv Sena earlier in the week urged the Narendra Modi government to consider Bhagwat for the post of President, contending that it would pave the way for India to become a Hindu Rashtra.

Sena’s Rajya Sabha MP Sanjay Raut on Monday made a strong case for the 66-year-old Bhagwat for the country’s top post and said the issue had been discussed even with party President Uddhav Thackeray who held a similar views.

“Bhagwat is a strong leader, a staunch nationalist and has a deep knowledge of the Constitution, so if the BJP wants to make India a ‘Hindu Rashtra’, his name must be considered.. He is the most ideal candidate,” Raut had said.

But barely 48 hours later, Bhagwat flatly refused to be drawn into the debate on Presidential contenders and insisted his only priority was the RSS.

“We close all doors on politics before coming here. When we work in the Sangh, we don’t go there (to such high posts). There are many Swayamsevaks up there and they know it well,” he said — obliquely hinting at Prime Minister Narendra Modi, a former Swayamsevak who should know about the RSS culture.

“Even if in an impossible situation my name is nominated, I will not accept it,” Bhagwat declared, asking his followers not to be alarmed over the news.

“It is an entertaining news and should be looked at that way and left at that… It will evaporate on its own,” added Bhagwat.

The presidential election is due in July when President Pranab Mukherjee’s five-year term ends.

The Sena’s proposal had elicited strong reactions from political circles with the Congress and some other parties outright rejecting the suggestion.