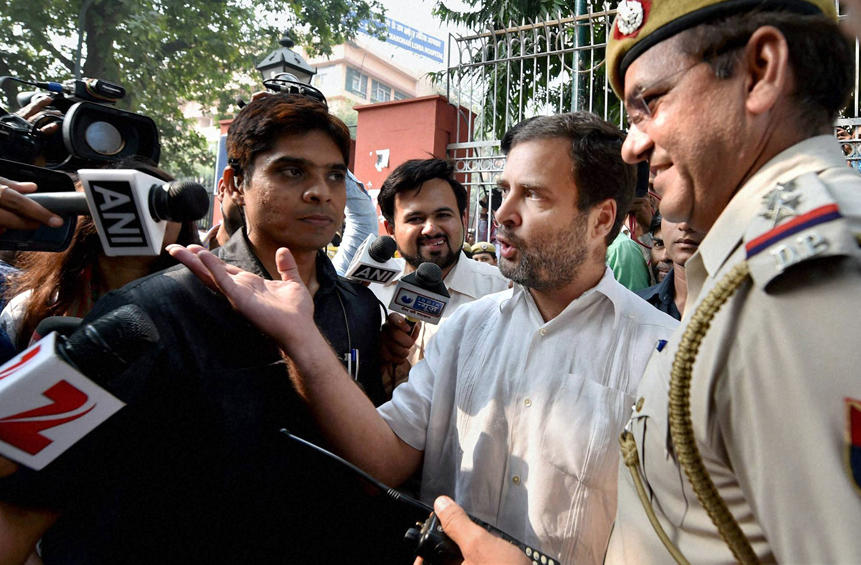 New Delhi, 02 Nov 2016  : The BJP on Wednesday criticised Congress Vice President Rahul Gandhi for “doing politics” over the suicide by an ex-serviceman Ram Kishan Grewal, even as the Congress defended it as his duty to meet the bereaved family.

Criticizing Rahul Gandhi for going to RML Hospital to meet the relatives of Grewal, the BJP spokesman Nalin Kohli said that “there is a time and place for everything”.

The BJP spokesman asked in how many other cases had Gandhi made similar visits. He described Gandhi’s action as “unfortunate”.

Grewal committed suicide on Tuesday over delay in implementation of the One Rank One Pension scheme for the armed forces.

Defending the hospital visit, Congress leader P.C. Chacko said that it was the “duty” of the Congress Vice President to visit the hospital to meet the grieving family.

“Wherever there is a problem, he can go. It is his duty. He is doing it in all sincerity,” Chacko said.

Pointing out that OROP was cleared by the Congress-led UPA government and there was a huge delay in its implementation by the Narendra Modi government, Chacko said, “Is it for BJP to decide where Rahul Gandhi will go?”