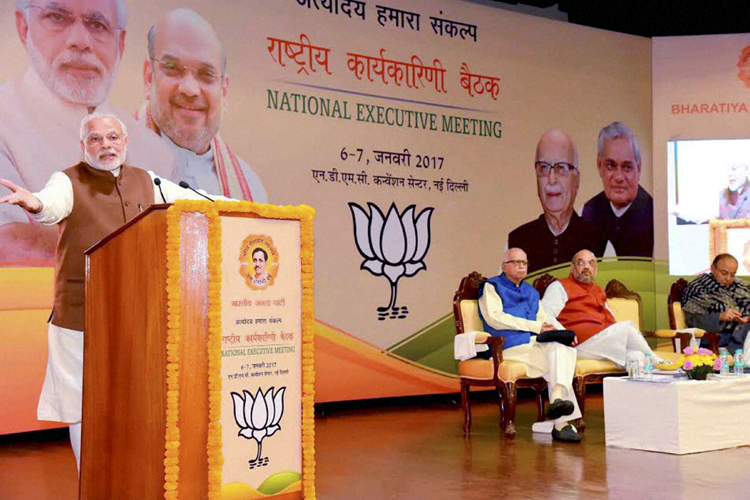 New Delhi, 7 Jan 2017 : Prime Minister Narendra Modi, who has been pitching the need for electoral reforms, on Saturday said the BJP will play a proactive role towards bringing in transparency in political funding.

Addressing the Bhartiya Janata Party’s (BJP) two-day National Executive meeting here, Modi also called upon party workers to reach out to the people at the grassroots with information about the central government’s various “pro-poor” schemes.

“An important thing that the Prime Minister talked in the meeting was the need to bring in transparency in the political process. When the country is embracing a culture of transparency, there is also a need for transparency in funding of political parties,” Union Minister Ravi Shankar Prasad said briefing the media about Modi’s address.

“He talked at lengths about political funding and said the BJP will play an important role in ensuring there is transparency in funding received by political parties,” said Prasad.

Modi also asserted his government’s commitment towards improving the quality of life of the poor.

“Modi said that poor and poverty were not a medium for the BJP to win polls and said the government will work towards empowering the poor.

Dhoni saved me many times from getting dropped: Kohli